Flop Turn River > Poker News > Where Are The Now? Pt. 1: The Moneymaker Era

Where Are The Now? Pt. 1: The Moneymaker Era

In 2003, a Tennessee accountant by the name of Chris Moneymaker turned a $39 satellite entry on PokerStars into $2.5 million and the WSOP Main Event championship, and in the process ignited a worldwide fervor for poker. In the same year, the inaugural season of the World Poker Tour on cable TV pushed poker out from the Las Vegas casinos and into the homes of mainstream Americans everywhere. The “Poker Boom” was born. (Something tells me that you may have heard this story before)

From 2003 to 2006 (the year that the United States passed the Unlawful Internet Gambling Enforcement Act of 2006, which led to serious legal issues for online poker sites), poker—more specifically, No Limit Texas Hold’em—saw an incredible rise in popularity. During Moneymaker’s improbable run in 2003, there were 839 entrants in the Main Event. A year later, there were 2576. By 2006, this number had ballooned up to 8773, 14x’s the number of entrants in the 2002 Main Event.

During this unprecedented run of popularity, several skilled and charismatic poker players were vaulted into the limelight. If you have watched any televised poker in the last decade (and I’m assuming you have, since you’re reading this post), then you’ll recognize everyone on this list. I’ve omitted some of the more obvious—and successful—stars of the era like Phil Ivey, Daniel Negreanu, and Antonio Esfandieri, because they are still just as prominent as ever. Find out what happened to your favorite poker player down below! 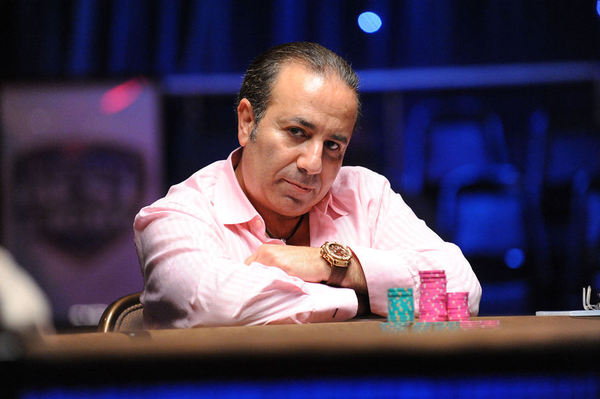 The cigarette-chewing runner-up to Moneymaker at the 2003 Main Event is a three-time bracelet winner best known for his appearances on High Stakes Poker and his loose, aggressive style and old-school attire, a throwback to the golden days of Las Vegas. He hasn’t been seen on any televised poker games in some time, believing that his overexposure on TV affected how other players played against him, and his most recent live tournament cash was in June 2014 at a Seniors Championship event for under $3,000. Aside from that, he’s been a ghost—rumor has it that he finally went outside for that smoke and never came back. 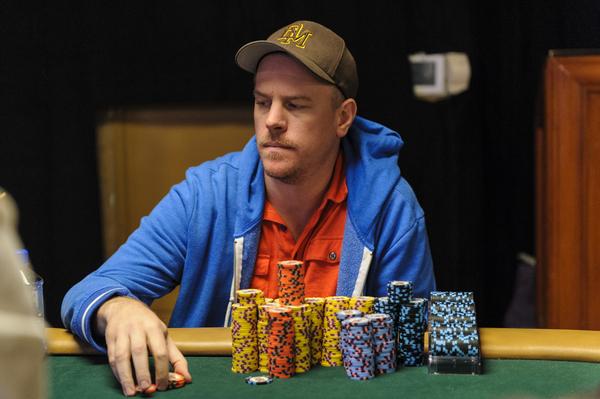 The Poker Boom’s All-American golden boy has had a less than stellar career since his meteoric rise in the mid-2000s. Despite nearly $10 million in tournament winnings, Lindgren filed for bankruptcy in 2012, citing a debt of nearly $4.8 million and $3.8 million in back-taxes owed to the IRS. To make matters worse, he is currently being sued by the parent company of PokerStars for $2.5 million. The debt, which dates back to his previous relationship with Full Tilt Poker, is the result of a $500,000 unpaid loan and a $2 million erroneous duplicate payment that Lindgren refused to pay back. Yikes. 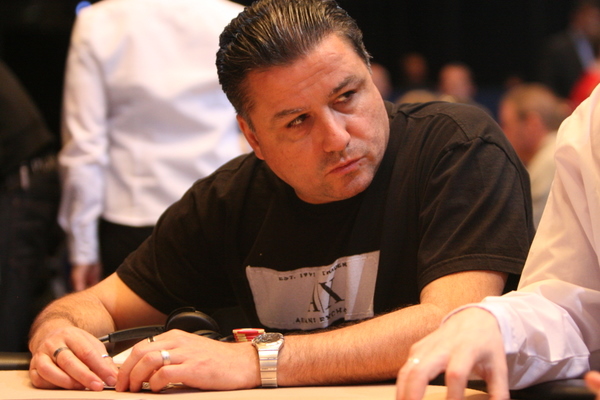 “Mr. Vegas” was originally an elite Israeli army lieutenant before making the transition to the poker table. Known for playing “any two cards,” Eli’s aggressive-but-personable style translated extremely well on High Stakes Poker, as did his frequent confrontations with Sammy Farha. Although no longer a regular fixture in the big cash games, Elezra won his second WSOP bracelet in 2013, defeating Daniel Negreanu heads-up in $2,500 2-7 Triple Draw for $173,236. He currently resides in Las Vegas with his wife and five children. 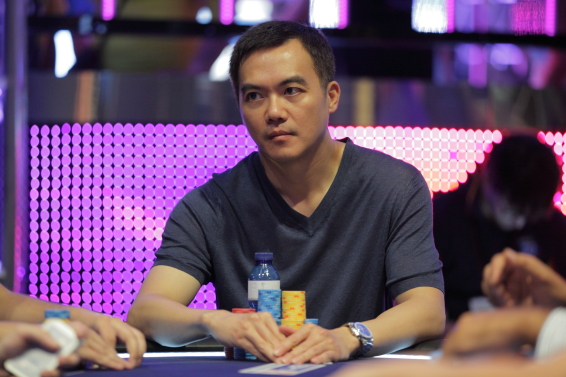 When it comes to mentioning the best and most successful players of the era, more often than not the one name that is omitted is John Juanda, which is a shame (and also insulting) because time and time again he has shown himself to be a Hall of Fame talent. Perhaps it’s due to his quiet, unremarkable (an un-marketable) demeanor, but his play speaks for itself. With over $16 million in career tournament winnings, the five-time WSOP bracelet winner currently sits 8th on the all-time money list. Since 2010, Juanda has scored nine six-figure cashes, including $590,000 at the 2014 EPT Grand Final in Monte Carlo, and $1.645 million at the 2012 Macau Super High Roller. 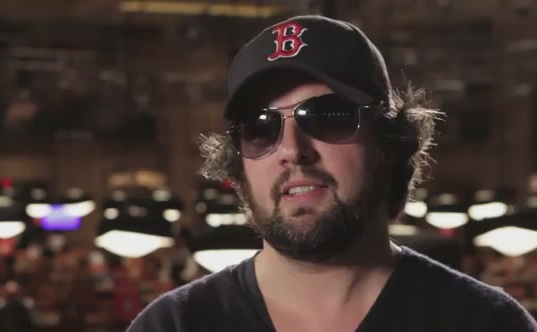 Everyone remembers when “Yukon” Brad Booth bought into an episode of High Stakes Poker for a “cool million” and then proceeded to make a $300,000 bluff on Phil Ivey with four-high, but what happened next? Since then, the man once considered one of the best cash game players in the world has hit rock bottom. He allegedly lost $2 million as an unfortunate victim of the Ultimate Bet super-user cheating scandal, and he also hasn’t been able to replicate his early success, losing millions of dollars and racking up large debts with several other poker players. Asked how often he plays poker, Booth responded, “I’ve been playing poker every day now for about 19 years. I think I’ve missed probably 70 days total in two decades. I’m pretty sure when I die it’s statistically likely it’ll be at the poker table and I’m sure someone will just announce, ‘Seat open for a live one.’ “ 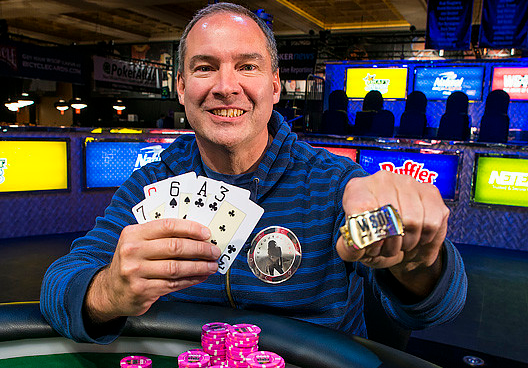 While Ted Forrest is only one of five players to have won three WSOP bracelets in a single series, he is perhaps best known for two things: his role in a series of legendary high stakes heads up matches between billionaire Andy Beal and “The Corporation”—a group of professional poker players that included Doyle Brunson, Jennifer Harman, and Phil Ivey—and his love for odd and often times crazy prop bets. In 2014, Forrest won his sixth WSOP bracelet, defeating Phil Hellmuth in Seven Card Razz for $121,196. Since then, he has been embroiled in a bitter dispute with Mike Matusow over an unpaid prop bet: Forrest claims that “The Mouth” owes him approximately $1.8 million after Forrest was able to drop from 188 pounds to under 140 in a few short months. The two have since traded barbs on Twitter, but nothing has been resolved. Speaking of Mike Matusow… 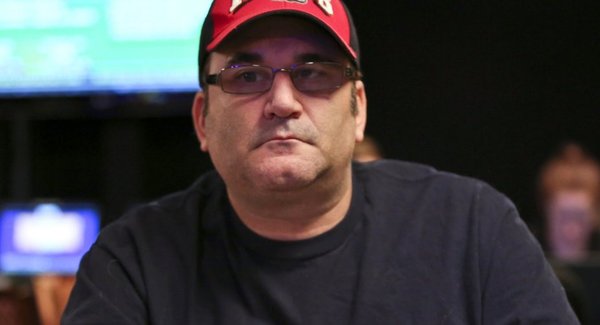 According to “The Mouth,” he “was the most feared No Limit poker player in the world up until 2005.” While I happen to disagree with him, I can’t deny that he was a very talented, albeit undisciplined and emotional, player. Known most for his chatty nature and the infamous “Mike Matusow Blowups,” Matusow was on the fast track in 2005 after a 9th place finish at the WSOP Main Event and a win at the invitation-only WSOP Tournament of Champions. Unfortunately, during the Ultimate Bet super-user cheating scandal, Russ Hamilton personally cheated Matusow out of approximately $1.5 million, which Matusow claims “destroyed my life, because it destroyed my heart…You lose a lot of heart when every time you bluff you get called down with bottom pair because they are looking at your cards.” He also struggled to deal with personal addictions and frequently went broke. Despite tournament winnings of over $9,000,000, you rarely, if ever, hear of Matusow cashing in tournaments—at the 2014 WSOP he cashed twice for a total of $11,000. Instead, he is typically regulated to comic relief on the side with the likes of Phil Laak and company. 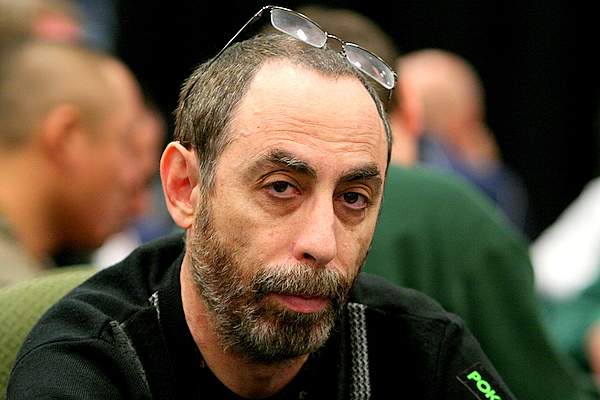 “The Robin Hood of Poker” was a regular at the biggest cash game tables in the world during the mid-2000s, competing in all seven seasons of High Stakes Poker, and was inducted into the Poker Hall of Fame in 2011. Unfortunately, his two most memorable moments on the show involved losing an all-in with pocket aces, once to Sammy Farha in a $365k pot, and once to Tom Dwan for a whopping $900k! Although he is primarily a cash game player, he was won over $8 million playing live tournaments and since 2006 he has donated all his tournament earnings to charity. His biggest claim to fame is winning $5 million in side games during the 2003 Main Event—double what Chris Moneymaker got for winning the ME. These days, he can be found giving commentary or advice on Twitter.