Flop Turn River > Poker News > Where Are The Now? Pt. 2: The Nosebleed Era

Where Are The Now? Pt. 2: The Nosebleed Era

From 2005 until 2011, online poker was unstoppable. Unlike many of their “real life” counterparts, who were typically grizzled veterans (or at least 30-year-olds), the rulers of online poker were often young college kids. Hundreds of thousands of dollars were won, lost, and won back again inside dorm rooms and small apartments throughout the world every single day. Hundreds of people flocked to the online rails on Full Tilt to watch players like Tom Dawn, Phil Ivey, and Patrik Antonius gamble for six-figure pots on the “nosebleed” tables. Many—perhaps most—thought it would last. It didn’t. On November 25, 2011, Black Friday saw the end of Full Tilt Poker, PokerStars, and Cereus (Absolute Poker/Ultimatebet) in the United States. The games, to a certain degree, would never be the same again.

Anyone who currently plays online poker knows how far the game has come since these early years—what was once an “optimum move” is now considered outdated, and few would argue against the idea that the game is much, much harder to beat now, even (or especially) at the lower stakes. Nevertheless, it’s important to look back and remember some of the pioneers of online poker. Here are some of the top players of the “Nosebleed Era.” For part 1 of this editorial, which focuses on some of the most memorable live players of the “Moneymaker Era,” click here. 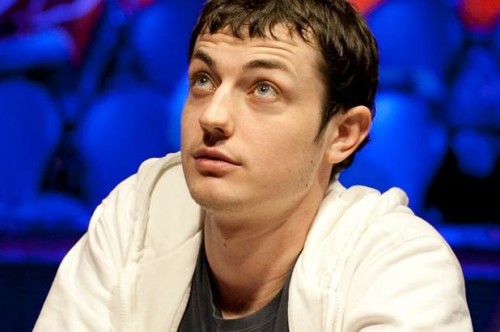 Rising to prominence in the mid 2000s and “reigning” atop the online high stakes world until 2009, Tom Dwan was the poster boy for the online era. Working his way up from low stakes all the way to the biggest games on the planet, the young, super aggressive, and totally fearless player known as “durrrr” epitomized everything that aspiring bedroom gamblers wanted to be. His play on various televised games is also legendary—were you to compile a list of the 20 greatest televised hands of all time, durrrr would undoubtedly make up close to 50% (we even covered a list of his greatest bluffs here). Where is he now? We’re not entirely sure. The online community is split between two sides: Dwan is either regularly destroying Asian businessmen in Macau, the site of the largest live cash games on earth, or he is completely busto. At this point, it’s hard to tell—Dwan has been a ghost—but his ongoing problems with Dan “jungleman” Cates and his lack of an online poker presence seems to hint at the latter. As a former fan of Dwan, here’s hoping that we see him again soon. 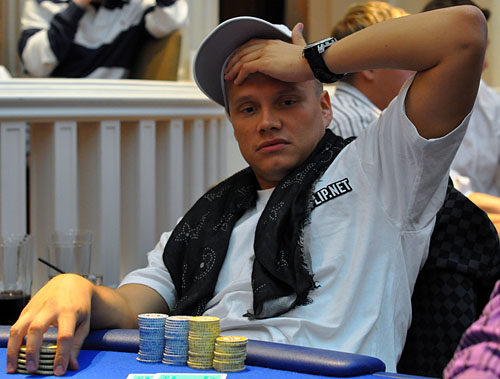 The Finnish player known as “Ziigmund” is one of the wildest and most colorful players in the history of online poker. The former protégé of Patrik Antonius, “Ziggy” made a name for himself in 2007 and was widely regarded as one of the most feared Pot Limit Omaha players on the planet. He holds the honor of being the first person to have over $1,000,000 on one table online. He was also one of the funniest players, as his abusive table antics made him a fan favorite. He can still be found playing the highest stakes on PokerStars as “Ilari FIN,” and he is currently the biggest winner of 2015 with winnings totaling over $900k. 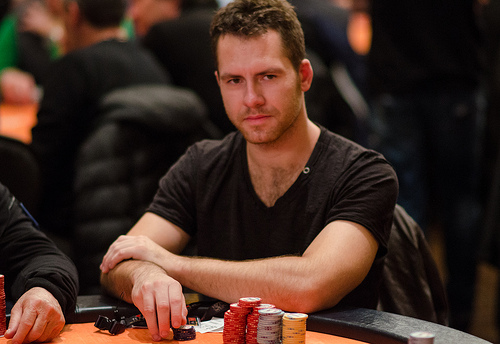 Although he has been heavily criticized for his brash, arrogant, and at times, incredibly childish, behavior on the poker table, it’s hard to argue with Dan Cates’ results. In 2008 “jungleman” made the jump from $0.25/$0.50 to $25/$50 and beyond, and since then he has earned over $10 million playing online, good enough for third all-time behind Phil Ivey and Patrik Antonius. The majority of that has come from No Limit, where he is always on the short list of best players on the planet. For a case in point, one only needs to look at his destruction of Tom Dwan. Cates took on the Durrrr Challenge in 2010 and proceeded to win over a million dollars off durrrr before the game was stopped for a variety of reasons. These days, he continues to be a one man wrecking crew, ranking first in the world in 2014 with over $3.4 million in winnings. Not too bad for a guy who used to work at McDonald’s in order to pay for his low limit poker losses. 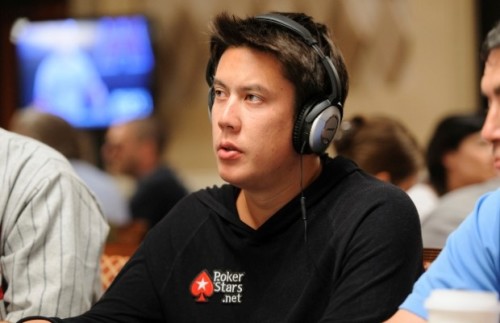 To new players, Johnny Lodden is probably best known for the game “Lodden Thinks,” a humorous table game created by Antonio Esfandieri and Phil Laak in which two people place bets on what a third party thinks the answer to a random question is. Nevertheless, at one time Lodden was one of the most feared online players on the planet. Playing on the Prima Poker network under the alias “bad_ip,” Lodden regularly played at the highest stakes available at the time, long before the high stakes game of Full Tilt rose to international attention. He also holds the dubious distinction of being an early victim of an online hacking scam that allegedly led to his opponent being able to see his hole cards—Lodden claims he lost millions. Although he went busto in 2008 and had to borrow a stake from a friend to continue playing, Lodden managed to build himself back from the ground up. These days, Lodden can be seen wearing the Team PokerStars Pro badge and competing in the biggest EPT tournaments. 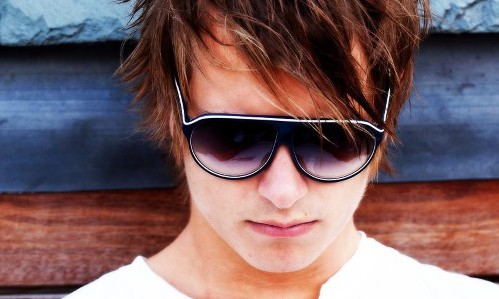 Everyone who has paid any attention to online poker in the last decade has probably heard of Isildur1—the man is a living, breathing poker legend, and also one of the sickest degenerates around, winning and losing millions almost on a whim. His meteoric rise (and fall) on Full Tilt has been dissected and discussed ad nauseam by the entire poker community (if you don’t know who he is, how did you make it this far into the post?!), but to make a long story short, it’s extremely hard to win and lose $5 million in a month, and yet that’s exactly what he did. After a long hiatus following his record-setting loss to Brian Hasting (more on him in a minute), Isildur1 made his triumphant return in 2011, booking a $1.5 million win on PokerStars. 2012 was less than kind to the savant as he lost over $2 million. 2013 was typical Blom—he was up $5 million in October and ended December on a $4.5 million downswing. In 2014 Blom continued his downward spiral to the tune of another $2 million loss. In 2015, Blom continues to play the highest stakes available online, taking on all comers in a variety of games. Currently, he is down nearly half a million in 2015, but with six-figure swings a daily occurrence the sky (or the bottom) is the limit for this supremely talented Swede. 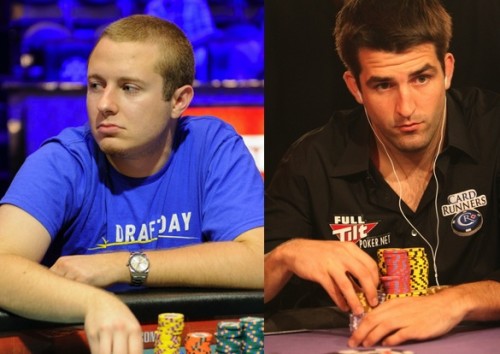 Brian Hastings is best known for winning the largest single-session amount in the history of online poker when he smashed Viktor “Isildur1” Blom for $4.2 million in only five hours, but the controversy that followed certainly put a dent in his legacy. Evidence was later uncovered that Hastings, Townsend, and Cole South shared hand histories on Isildur1 in order to develop a winning strategy, a clear violation of Full Tilt Poker’s rules. Another controversy erupted around Townsend as he was found to be using multiple accounts. After a slight hiatus due to Black Friday, both players returned to high stakes play and continue to turn a profit. 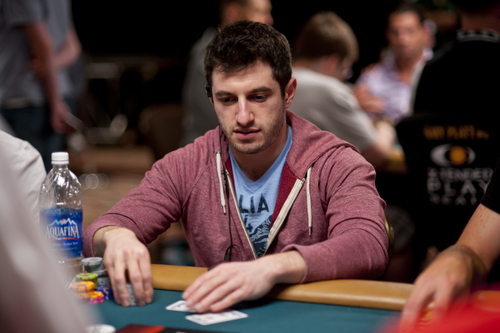 One of online poker’s biggest success stories is Phil Galfond. He originally started playing $10 SNG’s on a $50 deposit as a college freshman at the University of Wisconsin. Although he lost his initial $50, his second $50 buy-in proved much more successful, and he hasn’t looked back since. After dropping out of college to focus on poker, Galfond “lived the dream” that every aspiring young poker player wanted—he grinded up and up and up until he was eventually playing—and winning—in the biggest games online. His “OMGClayAiken” account on Full Tilt is the stuff of legends, currently sitting fifth on the all-time money list at over $6.6 million, and his MrSweets28 PokerStars account isn’t too shabby either, with profits of over $1.65 million. Despite a rocky 2014 (he lost over $1MM on FTP), Galfond continues to find success at the highest stakes. When he isn’t playing high stakes poker, he’s offering tips and training on his website, Run It Once. His elegance, class, and openness have set the standard for young players around the world. 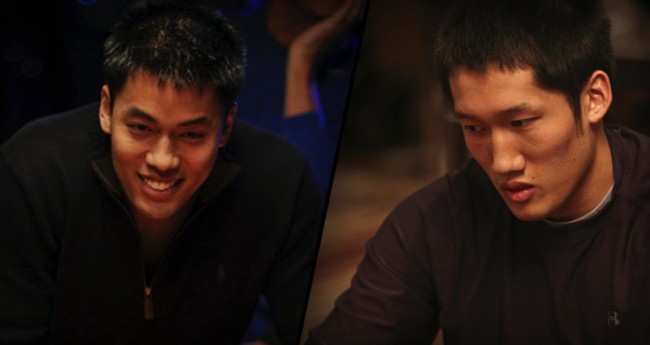 Two of the most successful players of all time happen to be a pair of brothers, Di and Hac Dang, known online as Urindanger and trex313, respectively. The duo has earned over $13 million playing online and both brothers consistently pulled in seven-figure wins every year. Their only real major loss was backing the wrong horse during the epic durrrr vs. Isildur1 battle, where they “lost a small fortune.” Following Black Friday, the brothers, who both graduated from the University of Virginia with engineering degrees, have opted to focus on other business ventures, opening a Cajun/Creole restaurant named Chasin’ Tails in Northern Virginia. Want a good laugh? Check out this video of Daniel Negreanu trying to give tips to Di during the WSOP—he doesn’t realize who Dang is, and the fact that Dang won over $1.25 million online in ’07!