Stephen Boyd beat out 194 other players to collect the win at the 2013 Treasury Poker Masters at the Treasury Hotel and Casino, Brisbane, and the AUD$44,338 first place prize.

Vedelago was the first to fall as the talented player bowed out in 10th position pocketing  AUD$3,705 for his long weekends work. Brent Tauton (9th – AUD$5,167) and then James McGuire (8th – AUD$66,30) both quickly followed Vedelago to the rail.

The reigning Treasury champion, Mishel Anunu, was still in contention to make it back-to-back titles but a difficult heads-up battle against the eventual winner Boyd cost Anunu who hit the rails in 7th position becoming AUD$8,287 richer. Richy Kroesen was next in 6th place then Cuong Van Le in 5th place collecting AUD$10,238 and AUD$12,675 respectively for the efforts.

Nick Lamport came up sort against Alex Lynskey leaving in fourth place while Boyd battled to ensure Garry Dilks never made it to the final heads-up contest. Alex Lynskey held a 3-1 chip lead over Boyd but following some prolonged strong play Boyd brought the chip counts level. The eventual champion moved all in with AQ with Lynskey calling with A3. The cards fell 9593J, all but one a club giving Boyd (who had a Queens of clubs) the flush and the title.

The World Poker Tour (WPT) have announced the launch of the WPT Alpha8 Series with the promise of super high-roller tournaments, elite fields and exclusive poker action. The new series is made even more notable as Australia’s own Lynn Gilmartin has been announced as the show’s host. 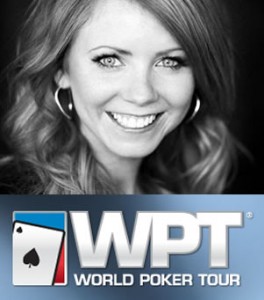 The new series will be headed to some of the most impressive poker locations across Europe, Asia, North America, Africa and South East Asia. Each tournament will feature a USD$100,000 buy-in main event while also providing poker action for players of all levels.

WPT President Adam Pilska stated “ I am honored to announce Alpha8, WPT’s newest and most ambitious offering in conjunction with its primetime home on Fox Sports 1. We aim to showcase the world’s poker elite and multimillion dollar prize pools. Alpha8 represents the highest televised treatment of super high-roller tournament poker to date. Playing out over a global stage, this series will give audiences insight into the intensity and skill demanded at the sport’s highest levels”.

The Alpha8 tournaments will be shown live on Fox Sports 1 in 2014 with coverage of the early rounds and the traditional final table.

For more information on the schedule and events visit WPT Alpha8 Series online. 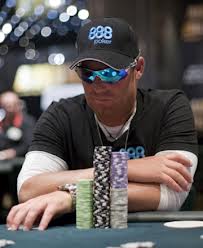 The Crown Poker Room at the Crown Casino, Melbourne, is set to see the Shane Warne Super Stack (SWSS) return this November with some notable differences.

The SWSS, now in its fifth year, will expand from a single, stand-alone tournament to a series of events over eight days culminating in the AUD$300 Main Event. The tournament will begin 24 November and run through to the 1st of December featuring seven championship events, all with the super stack structure.

The opening event will be a AUD$150 NLH which organizers are expecting a large turnout. The tournament schedule is geared towards no limit hold ’em players as the most popular discipline offers deep stacks, affordable buy-ins and the prospect of huge fields.

The event will also see a portion of the entry fee donated to The Shane Warne Foundation which aims to help the lives of the seriously ill and underprivileged children in Australia.

For more information visit Crown Casinos or keep your eyes on FTR for the latest news.

The World Series of Poker Main Event has come to a close and after ten long days the 2013 November Nine are set with Vietnam’s JC Tran leading the way.

Out of 6,353 original entrants only nine remain following some long hard poker battles. Tran has amassed a total of 37,025,000 in chips to take the overall chip lead and with two WSOP Bracelets combined with tournament winnings in excess of AUS$9million Tram has the pedigree to add another bracelet and the USD$8,359,531 first place prize to his accolades. 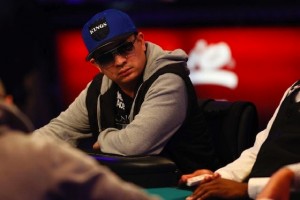 All November Nine players are guaranteed USD$733,224 but with the fields chip stacks evenly spread-out it is anyones guess who will take home the 2013 crown.

Below are the November Nine chip counts:

Visit WSOP or FTR to keep up-to-date on the latest news.