Everybody loves watching drama unfold, especially when there are hundreds of thousands of dollars at stake, and when it comes to rivalries on the poker table, there is no shortage of bad blood. Last week, we focused our attention on the modern era of poker beefs. Now, we turn our attention to some “classic” poker feuds. 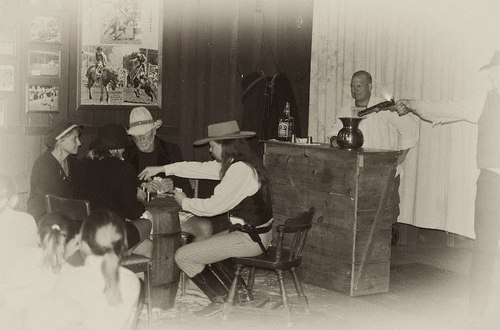 The oldest feud on our list also happens to be our deadliest. On Aug. 1, 1876, a month after America celebrated its 100th birthday, famous Old West gunfighter and folk hero “Wild Bill” Hickok was shot and killed from behind by Jack McCall, reportedly over a perceived insult McCall received on the poker table.

At the time of his death, Hickok was involved in a game of 5-card draw poker at Nuttal and Mann’s Saloon No. 10 in Deadwood, Dakota Territory (present day South Dakota). Despite his preference towards sitting in a corner facing the door, in this instance Wild Bill had his back to the entrance. McCall entered the saloon, raised his .45 caliber revolver, and shouted, “Damn you, take that,” before shooting Hickok through the back of the head.

Legend says that Hickok held two pairs at the time of his death—a pair of aces and a pair of eights. Since then, the hand has forever been known as the “Dead Man’s Hand.” McCall was eventually found guilty and hanged in 1877 at the age of 24.

Check out the video below for irrefutable proof of McCall’s guilt. 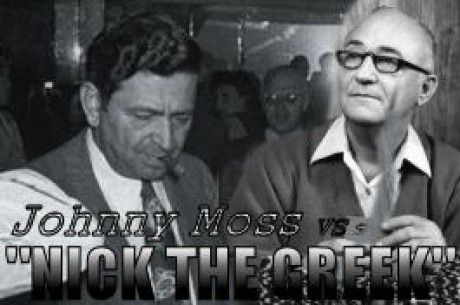 One of the greatest poker feuds of all time also happens to be one of the greatest heads-up battles of all time. From January 1949 to May 1949, infamous gambler and high roller Nick “The Greek” Dandalos faced off against two-time WSOP Main Event champion and overall poker legend Johnny Moss.

Over the five-month period, Dandalos and Moss held daily marathon poker sessions and played virtually every poker game in existence. In the end, The Greek was down approximately $2-4 million when he famously uttered the famous words, “Mr. Moss, I have to let you go.” Want to know the craziest part about the whole thing? Despite being one of the best-known stories in poker history, there are several pundits who debate whether or not the event ever really happened. 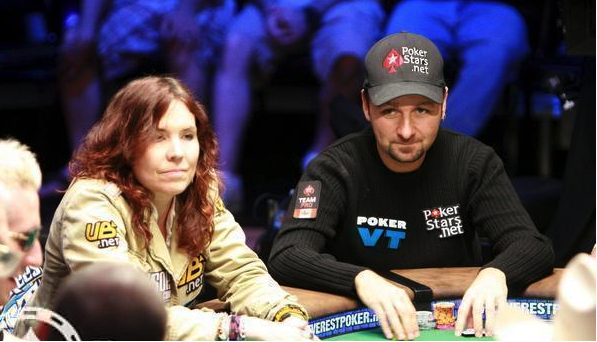 While Daniel “Kid Poker” Negreanu is often considered one of the friendliest poker ambassadors, he certainly has it out for Annie Duke—their bitter feud has stretched out for over a decade.

According to Negreanu, “My first ever meeting of this woman was at the Four Queens in 1996 when I was just barely 22. Up to that point I’d had virtually no success in tournaments in the U.S., but was eager to learn from the so-called superstars of the game. So here I am in this tournament, where across from me was this woman (who) doesn’t know me from Adam, but goes out of her way to ridicule and make me feel like an outsider, as though I didn’t belong in her clique. After witnessing her behavior I was pretty sure I didn’t want any part of that clique anyway…Apparently, acknowledging my existence may have looked less cool–to talk to the low-limit players–if you know what I mean…(After beating me on a hand) she berated me for playing the hand, (saying) ‘Oh my God, if you were going to call on the river anyway why didn’t you just bet? I mean, oh, you know, I shouldn’t be educating.’ I was, to be completely honest, slightly embarrassed. I was there alone and knew no one in the tournament whatsoever. At the time I wasn’t certain if I actually made a horrendous error or not. I may have spoken 20 words the entire tournament, and couldn’t fathom why someone would want to be so mean to a complete stranger.

“A couple years go by. I get lucky and win a few tournaments and all of a sudden she is all nice to me. Phony nice, of course, but nice nonetheless. The more I got to know this woman, however, the more I was witness to her true colors and the more I disliked her. Despite making my best efforts to tolerate her obnoxious personality, I no longer wanted to put up with it. Other than that, nothing I’ve ever said to her, or about her, is something I’d ever consider apologizing for. Those are my true feelings.”

Negreanu has accused Duke of wearing dirty clothes to the casino, stating that no one wanted to sit in a casino chair that has “urinated foot sweat soaked into it.” Calling her a “low life,” Negreanu went on record stating that Duke was a cheating, angle-shooting, “horrible person” for her table mannerisms and role in the Ultimate Bet scandal. Through it all, Duke has remained quiet, only referring to Negreanu as her “online tormenter.”

Negreanu’s “true feelings” can best be summed up in an interview with Poker Player:

4. Phil Hellmuth vs. The World 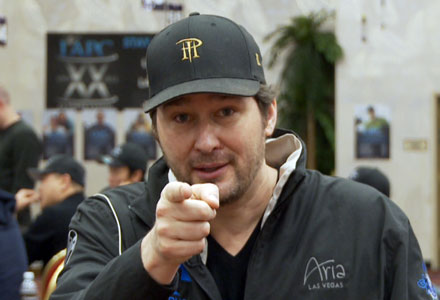 To say that The Poker Brat has a bone to pick with the rest of the poker world verges on litotes—the 13-time WSOP bracelet winner is infamous for losing his cool dealing with “f****ing internet players,” “f***ing morons,” and “idiots from Northern Europe” throughout his four-decade career. Rather than giving you a laundry list full of tournament blowups, we’ll just leave this 12-minute compilation video here:

Remember, according to Phil, “If there wasn’t luck involved, I’d win every time.” We feel for ‘ya, Phil. 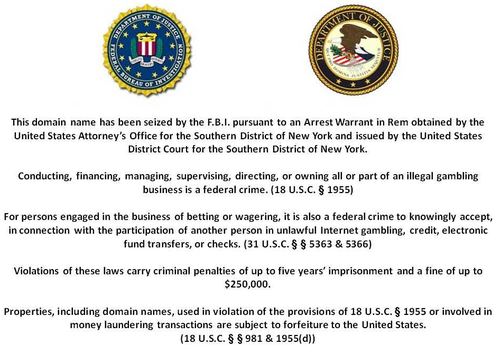 This is one feud that online poker players—especially those living in the “Land of the Free”—will not be getting over for a long, long time.

For decades, the government of the United States had attempted to pass legislation against online gambling. In 2006, Republican lawmakers managed to sneak the Unlawful Internet Gambling Act (UIGEA) into the Security and Accountability for Every Port Act (SAFE), making it a federal offense for financial institutions, including banks and credit card companies, to “knowingly accept” payments “in connection with the participation of another person in unlawful Internet gambling.”

Although sites like Party Poker would withdraw its services from the United States market, many other companies would continue to operate in the U.S. after the law passed… at least until April 15, 2011, a day forever known to poker players as “Black Friday.”

Although PokerStars would pay out its own U.S. players and eventually buy out Full Tilt Poker and pay out their U.S. players, the majority of states still prohibit online poker. Score one for the bad guys.