Poker, unlike many of the other professions and past-times you may encounter in this bountiful world, is easily quantifiable: either you are a winner, or you are a loser. There are no bonus points for effort, golden stars for attendance, or special monetary compensation for a flashy move on the table—there are championship bracelets, and there’s money. This new, two-part editorial focuses on the biggest winners and losers of 2014. Here is Part One. 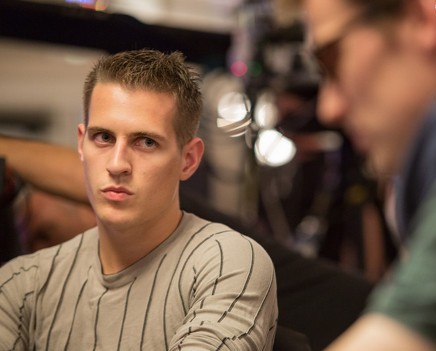 Mike “Timex” McDonald may not have won any titles in 2014, but that didn’t stop him from trying—the Canadian pro had five final table finishes, including a four-week span in which he finished 2nd, 2nd, and 3rd for $1 million, $1.34 million, and $1.7 million, respectively. His unflinching stare put even the best poker players in the world to the test (although it didn’t quite faze Daniel Negreanu) as he took down $4.357 million in 2014. 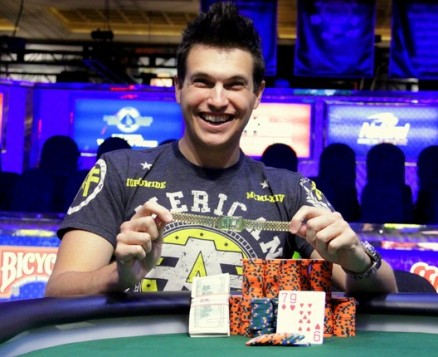 American No Limit Hold’em pro Doug Polk found success on both the online and live tables in 2014, storming his way to over $4.5 million in total earnings The heads-up NLHE superstar played only 33.5k hands online, but that was enough to earn him a cool $1,077,969 for an average of $32 per hand. Polk was perhaps even more impressive playing poker live, reaching seven finals tables and taking down two titles, including the Summer Super High Roller II for $1.65 million, and a second one for $3.5 million. He made virtually every penny playing NLHE—if he ever branches out into another game the rest of the poker world had better look out! 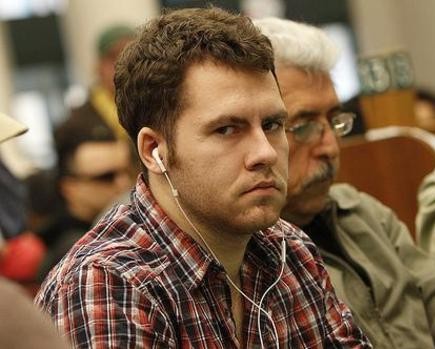 He might not be a fan of Tom “durrrr” Dwan, but it’s quite clear that Dan “Jungleman” Cates is a fan of making money. Not only did he take down an incredible $2.8 million playing on Full Tilt, he also won $631K playing under his “w00kiez” PokerStars account, making him the only person to be featured twice on the top 20 online winner list! A well-rounded expert at numerous poker disciplines, Cates was a winner at NLHE, Pot-Limit Omaha, Triple Draw, and 8-Game. 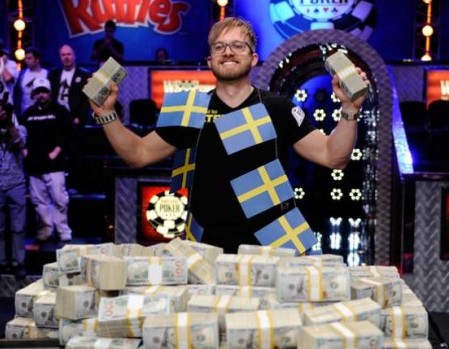 Any other year, Swedish poker savant Martin Jacobsen would have been an easy choice for our #1 pick. Not only did he win the WSOP Main Event for $10,000,000, he also had five other final table finishes, including two wins for six-figures. He might not have been our first choice to win the final table (he entered the November Nine in eighth place), but he certainly earned it. 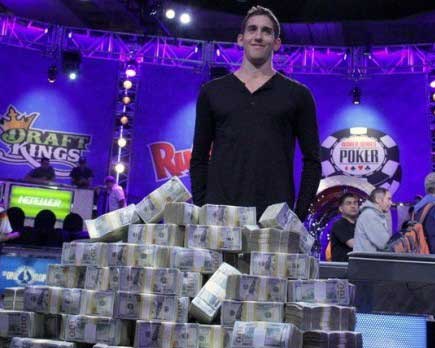 Surprised? You shouldn’t be—Daniel Colman had inarguably the greatest year in the history of live poker, and it isn’t really even close (Phil Ivey’s WSOP run in 2002 coming in a distant second place). The outspoken and brash American put on a poker clinic in 2014, winning an absolutely mind-boggling $22.3 million. Along the way, he reached eight final tables and took down four titles and four seven-figure finishes, with another two finishes over $795,000. The highlight of the year, of course, was his $15 million win (!) in the $1 million buy-in Big One For One Drop, where he famously refused to give an interview, but his other victories came at some of the biggest and most prestigious events in all of poker, including the $100K Monte Carlo Grande Final ($2.1 million), the €50,000 EPT Barcelona ($1.1 million), and the $10MM Guaranteed SHR Open ($1.45 million). He might not have acted like a champion off the tables, but he damn sure wrecked everyone on the tables. Congratulations Daniel Colman, you were the year’s biggest winner!