EPT London has its Season 10 Final Table in Place 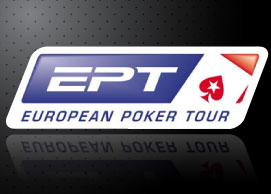 How do you get 604 into just 8? This PokerStars London EPT has managed it, and has pared down the field to the final table of eight title hopefuls.

How do you get 604 into just 8? This PokerStars London EPT has managed it, and has pared down the field to the final table of eight title hopefuls.

Australian, David Rossiter, is leading the final eight going into the last day of action from the Connaught Rooms in London, and he has been enjoying a great 2013 including a 2nd place in the GuangDong Asia Millions in Hong Kong for $3,155,887. He is starting the final table with just over 5 Million in chips.

Overnight chip leader David Yan left early in the day in 12th place after having gotten low on chips. He ended up getting the final dregs of his stack in against Greek PokerStars qualifier Georgios Karakousis when Yan open shoved his Ah2d from the 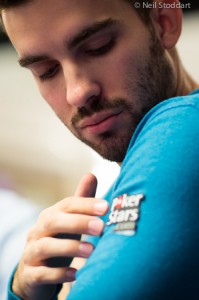 button, and Karakousis called with his QcQd.

The board ran out showing 4d8s9h9dTd, sending crowd favourite Yan to the rail in 12th place with £32,810, which proves that you can play with no errors and still not end up winning.

79 players have already picked up their winnings from the cashier, and the final eight are hoping to get a larger share of the £2,929,400 prize pool, and first place is scheduled to take home £560,980 to go with the winner’s trophy.

The other players in obvious contention for the title are George Karakousis with 4,390,000 and Robin Ylitalo with 2,795,000 in chips. Karakousis is a 30 year veteran poker player, starting off with the Greek variant of the game. He’s averaged about one EPT stop a season, and while this will be his only Main Event cash, he has several side event cashes including a 2nd in a Madrid €10,000 High Roller.

Ylitalo is a 27 year old online regular from Sweden, and this isn’t his first deep run in an EPT Main Event. He picked up a final table visit back in season 8’s Campione leg, taking home €54,000. He also picked up a sixth place in Event #49 of this summer’s WSOP. 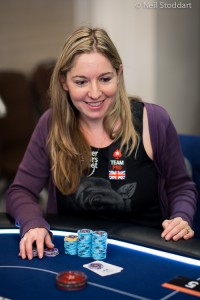 The Main Event isn’t the only action going on in London tomorrow. The £10,000 High Roller event is also going to conclude, with the winner adding £357,700 to their bankroll along with a luxury Swiss watch from SLYDE.

Sofia Lovgren is currently sitting pretty with 855,000 chips, and with the redraw just having happened, we are down to just 2 tables of eight.

Last time round, PokerStars Team Pro Vicky Coren bubbled this event, but today she managed to fight through the money bubble to pick up £19,385 for 20th place. An interesting factoid from the High Roller Event, three women started the event and all three of them made the money. Proof, if any more was needed, that female poker players are no longer the de facto soft spot at the table.

The High roller still has cards in the air, and seems to be heading to a final table finish tomorrow.

FlopTurnRiver is hosting the Stream of the Main Event tomorrow, and we’ll be there watching the cards up action on a one hour delay. You can join in the action using the #EPTLive hashtag, and if your tweet is any good, it has a chance to be part of the commentary from James Hartigan and Joe “Stapes” Stapleton.