For the second week in a row, FTR is looking into some unique results produced by players in the brief period of online poker’s dominance.

Just in case you didn’t feel like framing any of the great artworks featured in the first part of this series, check out these ten beauties! Perhaps you will reconsider covering that hole you punched in the wall after a losing session after all!

The first part of this series featured a graph called ‘Stairway to Heaven’, so naturally you would expect a ‘Stairway to Hell,’ too. Granted, producing a graph like that playing MTT’s or Sit & Go’s is just too amazing to be true. And, while it is still enormously hard to do playing cash games, a player with the screen name, ‘LiangYu,’ managed this feat. 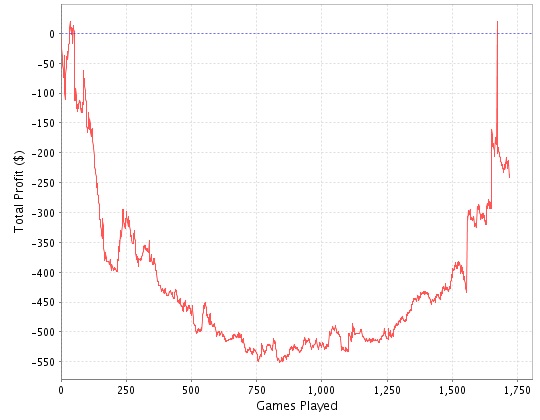 Looking at graphs like this, it’s almost hard to believe that this was not deliberate. The fact is that it was not, however, makes it that much more amazing. Now all we have to do is wait for someone to make semi-circles in a row. 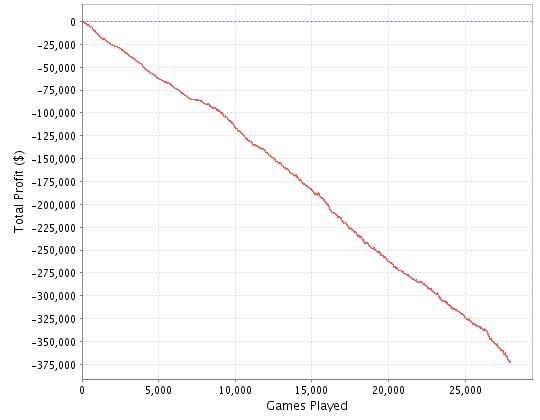 Have you ever been so bad at poker that you lost almost $400,000 over 30,000 games without a single hint of an upswing? This guy sure has. It’s pretty inconceivable that someone would learn so little about the game after so many games and have that much money to lose in the first place.

7. The ‘Fish Turning into a Shark’ 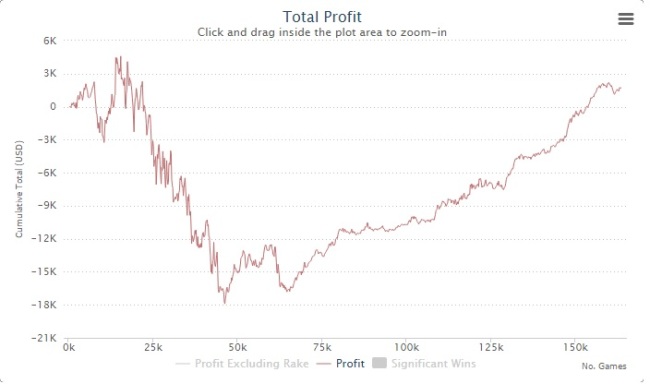 Unlike the last graph, the owner of this one figured out that he was doing something wrong. Granted, it was after almost 50,000 games and $18,000 down the drain, but better late than never! Not only that, but he actually got better in a fairly short amount of time, grinding back all of his losses over the next 100,000 games! So yeah, sick 150,000+ game break-even stretch! 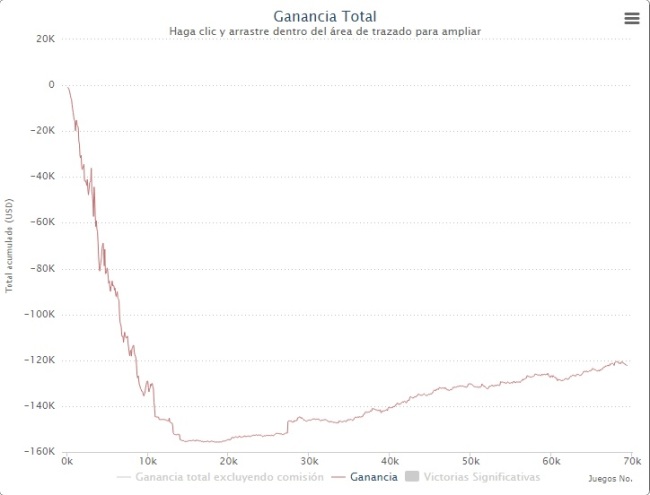 Now, on the other hand, if you drop $150,000 in just over 10,000 games and suddenly decide that you need to start crushing these games, it might take just a bit longer for you to get back to your starting point.
Well, 60,000 games later, this guy is definitely on track, though at this rate it will take him another 240,000 games to finally break even! 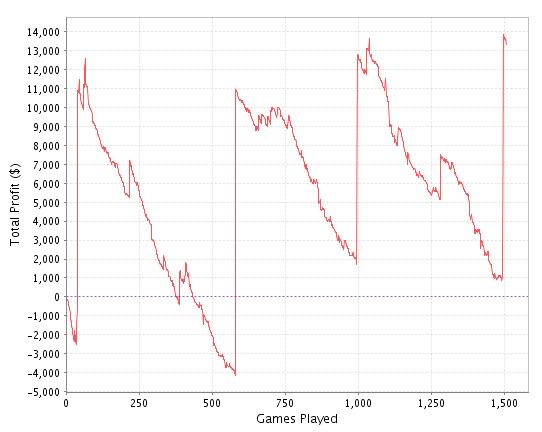 Playing tournaments to win is a good approach. After all, who wants to be stuck with some 15th place consolation prize when the top tier cash is so close! This guy knowns what I’m talking about! 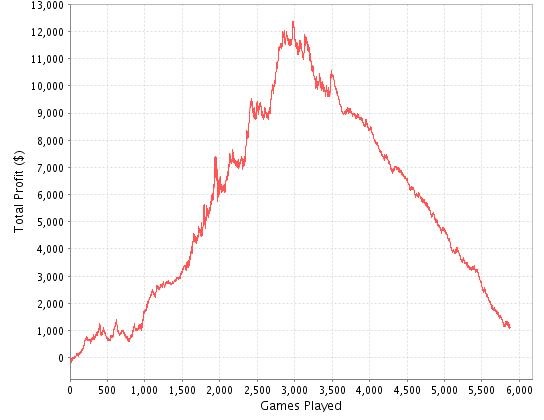 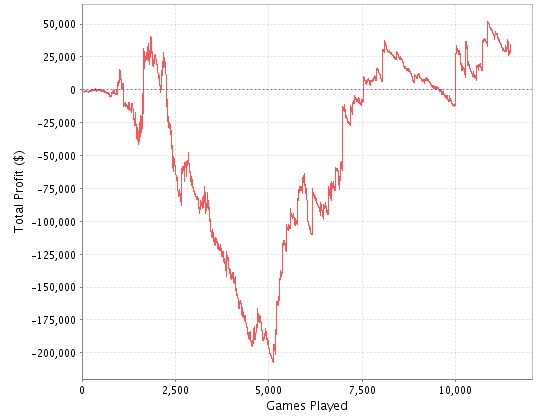 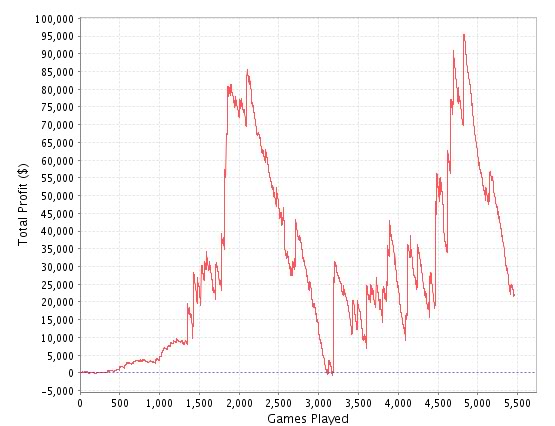 Everyone has experienced swings, but this has got to be Guy Laliberte and Phil Ivey battling for control of the mouse and keyboard inside the same person. It does seem, however, that medication didn’t run out until about 1,500 games, so hopefully this guy will get some more soon. 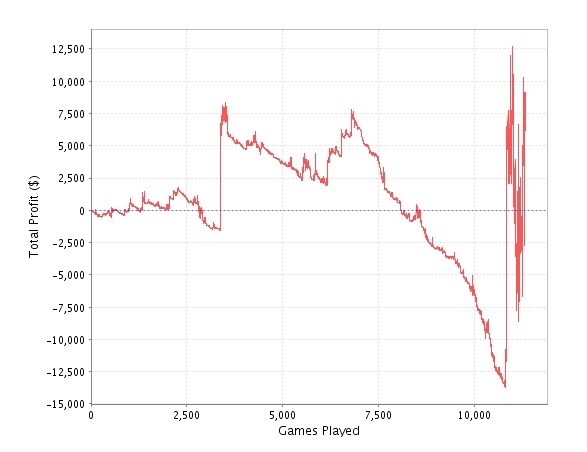 If you tilt hard enough, you can actually start to register on the seismographs stationed closest to you or, in this case, even on the sharkscope graph!