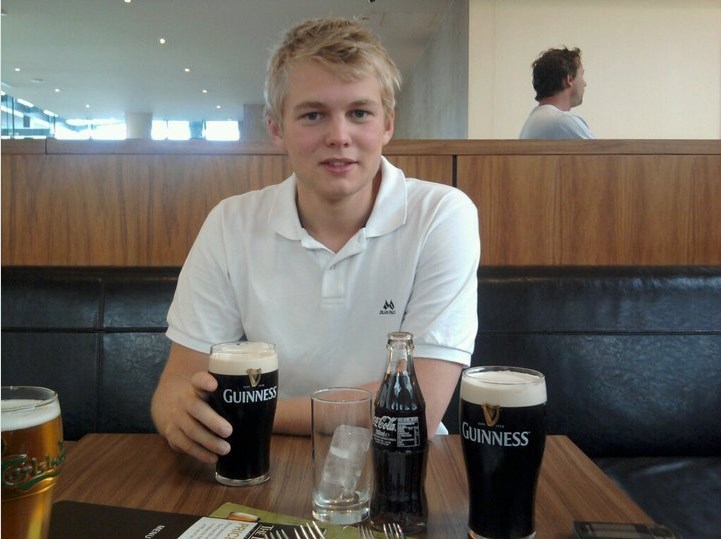 Espen “sh4wshank” Sørlie is a full time online tournament player and an instructor on the poker training site Run It Once (Phil Galfond’s new training site). He began playing poker seriously in June 2011, turned professional in January 2012 and has over $1 million in cashes plus experience in several WSOP live tournaments. He now plays in some of the highest buyin tournaments online, and has won a $108 tournament on Ongame for a massive $21,500 along with many, many other cashes. He is known for his acute understanding of the mathematics involved in tournament decisions.

He kindly agreed to an interview with us which you can read here!

Can you tell us a bit about yourself? How you got into poker, what games you play now, and your journey between those two stages?

I started playing poker with my childhood friends. I played loads of home games with my classmates from I was about 14 I think. Mostly cash games since we could play for as long as we wanted and it was too hard to get enough players to have a proper tournament with a big prize pool. My family moved to a new place and I started in a new school when I was about 16. I made friends there pretty quickly and even though they had played some poker before I came I feel like I sort of reintroduced it to them and we all got very hooked. We started playing online a bit and I had great success at the start. I was underaged to begin with, but opened an account on my own the day I turned 18. I treated it as just a way to make money to get through school, so I didn’t have to get a job. It worked out quite well, but I never really thought I would go pro or anything. I enjoyed playing whatever I felt like; I once played a $322 or $500 FTOPS because I felt like it, even though it was much higher than I’d ever played before. Another time I played whitelime from 2M2MM (2 Months 2 Million) at $5/$10 PLO Heads Up despite knowing nothing about PLO! I ended up playing 3 hands and winning $100 so I ran! 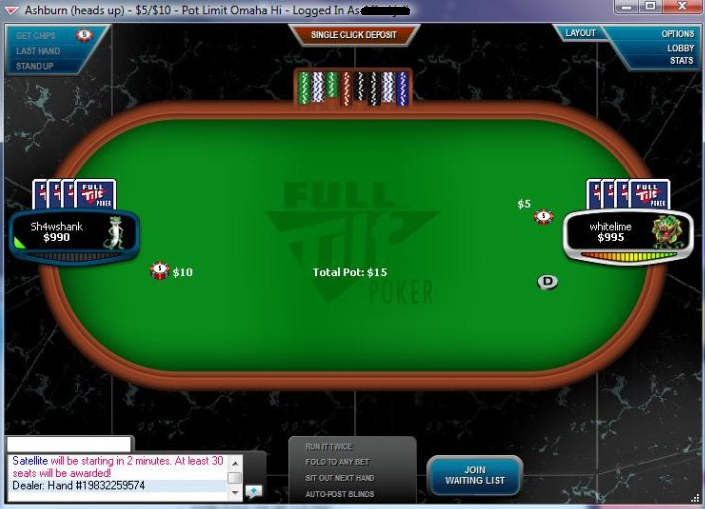 When I moved out and started studying I didn’t take poker seriously at all at the start, until one summer when I was told to get a summer job. I thought that sounds boring, I can just take poker seriously again for the summer and make some from that. The only problem was I didn’t have any money to start up with then, so I contacted Jono (GAWA9). After getting backed I really boomed. I made so much more than I had before, mainly because I was given some structure about what MTTs (tournaments) to play and how to approach the game. I still studied but now that I earned so much I didn’t take school very seriously. I played a lot and only studied a bit on the side. When I failed 2 out of 4 exams that winter I decided to drop out and go full time. I only had about $60,000 in winnings at that point, and most of it was when being backed (so I had to give up a cut of my profit) so it was a pretty ballsy decision to go for it but I was pretty confident I would be able to put in more hours and be very disciplined about it to make it work out.

Today, I’ve played full time for 15 months or so. I play with my own bankroll now; mainly midstakes MTTs, with the occasional high stakes tournament and Sunday major (such as the Sunday Million at Pokerstars) depending on my online roll at the time.

It was big news when you won your two Triple Crowns in 10 days – can you tell us what you won and how it felt?

I had only just heard about “Triple Crowns” at that point actually. (To win a “Triple Crown”, you must 3 MTTs with a prizepool of at least $10,000, at least 100 players in each, over 3 different sites, all in the space of just 7 days)
Since I played so many sites – 6 or 7 – I figured it would be too hard to do as I didn’t get a lot of volume in on 3 specific sites. I actually got very lucky to just bink the right tournaments at the right times. At the moment I don’t even have a profile online to show my cashes – it doesn’t give me any advantages other than for the brags but other regular players can go there and see my screen names on other sites so I’m just giving away free information.

What is your favourite thing about poker and why?

That question is a tough one. I just love the mental battle of it and the way it works for me now: a job where I can work whenever and wherever I want. I think that just makes me work more because I know the harder I work, the more I earn. In my opinion that is how every job should be in a way!

How did the Irish Open go? How was the World Series of Poker (WSOP) last year? What live events do you have planned in the coming months?

To be honest, I have never cashed a live tournament. We don’t have casinos in Norway so I have only played about 10 live tournaments in my life. In the Irish Open I felt like I missed every draw and just couldn’t get anything going. There’s not much to say really other than you need to get lucky for any deep run.

In the WSOP I played a $1,000, a $1,500 and the $10,000 Main Event. It went really well in my opinion. I felt like I played better than I ever have but again, there are no deep runs without some luck. I don’t really plan on playing any live events in the near future. The way I approach it is that I play some events when I know a lot of my friends are going and it has been a good while since the last time I played live. I do get stoked to play again, to feel the chips and the atmosphere of a big tournament, but in terms of my hourly and variance online is so much better for me. At least for the time being!

What are your plans in poker for the future? What would you like to achieve?

I just play to get as much money as possible to be honest. I don’t have any plans for what to do after poker, but I definitely don’t think I will be able to play poker forever. I have to figure out if I want to study again or maybe use the money I earn to set myself up for something else when I finish playing poker. I just don’t know at the moment.

If you were just starting out playing poker now, what would you do differently?

I would maybe not go professional as early as I did. I had a massive downswing last autumn after the WSOP. Had that happened straight after I turned pro I don’t think I would still be playing full time. I just had not experienced enough volume to realize how massive the swings can be. That said, I am glad I took the chance and ended up where I am today

Is there one recommendation you could make to new or low stakes players to improve their games?

Probably just a lot of the same advice you would hear everywhere. First of all, don’t think you made a bad decision or bad play when you bust a tournament. Try to analyze hands without being biased by results. The fact is, every time you win a tournament you have been extremely lucky. It doesn’t mean you didn’t play very well; it is just how tournaments works. I would watch a good number of training videos – not with the intention of copying someone else’s play in specific spots but try to understand the reasoning behind each decision. Finally, try not to get emotionally attached to results!

Thank you for your time Espen, and we wish you all the best in the future. I’m sure it won’t be long before we’re hearing your name attached to yet another huge tournament prize!