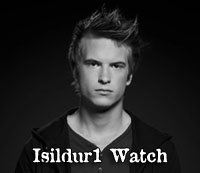 Viktor Blom has never been one to shy away from a small downswing. Indeed, he is known well for his habit of putting in the hands online, even when the cards aren’t falling his way. After a basically breakeven Saturday, Viktor fired up a few tables of FLO8 and got to work on Sunday.

Playing against Kyle “KPR16” Ray and Patrick Antonious’ “FinddaGrind” account at $2k/$k FLO8 tables El Castano and Boring, Isi found himself down $107,723 after a couple of hours and 534 hands. Undeterred, he commenced playing “KPR16” heads-up in the same game and stakes at table Ubaldo for about half an hour, and he won back $105,984 in 59 hands. Thus, Viktor had broken about even on his FLO8 play. Below, we have some of the highlights from Viktor’s FLO8 hands below:

But while playing heads-up against “KPR16,” Viktor spotted an juicy-looking $250/$500 6-max NL Hold’em table running. He was (of course) unable to resist, and commenced playing at the deepstack, ante table Teggs. After 124 hands, Viktor had amassed profits of $414,243. The majority of those profits came from a 3-way preflop all-in hand wherein Viktor won an 800bb pot when his KK was able to crack “samrostan’s” AA. But there were some other big hands that Viktor won. Check out the action at this NL table:

After such a phenomenal heater, Isildur1 could have stopped playing, satisfied with a good day’s results. If you have read the Isildur1 Watch before, however, you know that such an outcome would have been extremely unlikely. Instead, Blom decided to play some HU PLO against “samrostan,” whose aces he had just cracked. Playing at $500/$1,000 CAP table Capital Idea turned out to be, well, a capital idea. After 99 hands, Viktor found himself $112,788 richer. Take a look at some of the noteworthy hands below:

After adding up all of this action, it appears that Viktor Blom played 816 hands on Sunday and won $525,291. He played for five and a half hours straight, without taking any breaks longer than a few minutes.

There were several times where it would have been reasonable for him to call it quits for the day. After his initial discouraging $100k loss, he could have decided to just throw in the towel and come back tomorrow. After he had gotten himself unstuck by continuing to grind away at the FLO8 tables, most players would have been happy to stop at that point. But instead, Blom decided to play NL Hold’em. After receiving the serendipitous windfall generated by cracking someone’s aces in an all-in pot, many would have counted their winnings and been content. Not Blom who, adding insult to injury, played PLO against the very opponent against whom he had sucked out, winning even more money.

This goes to show that Viktor’s tenacity and refusal to quit, which have cost him dearly sometimes, do indeed have their benefits. By shrugging off 6-figure losses and continuing to play when he thinks he has an edge, Viktor exposes himself to the upside of variance, as happened Sunday.