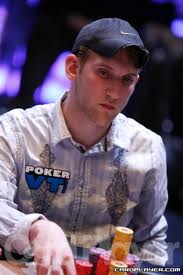 An online legend, sensational tournament player, feared high-stakes pro, and sought-after coach – this is not the beginning of an introduction of a November 9 lineup: all of the above is one person, Jason Somerville, whom FTR is so privileged to host for an Ask Me Anything session.
Getting into poker while watching the Main Event on ESPN with his dad, Jason learned the ropes playing home games with his buddies. Opening his first online account in year 2005, he started off grinding freerolls. As soon as he made his first $5, he switched to microstakes cash and then, as they say, the rest is history. Jason finished his first year as an online player with a $20K bankroll and, a year later, rocketing through the limits and beating some of the highest of the stakes, he found himself with a bankroll of over $200,000 – never having to make a deposit!
Jason’s online tournament career includes multiple final tables in big events and he holds a SCOOP 2010 title. All in all, his online tournament winnings total over $2.2 million. While cruising through the stakes and crushing online MTT scenery, Jason has also been honing his live game. Limited in tournament choices when aged 18 to 20 due to eligibility restrictions, Jason delved full on into live tournament play as soon as he turned 21, participating in every World Series of Poker since 2008.
When Black Friday happened in 2011, Somerville had already amassed over $1 million in live tournament winnings and the decision not to relocate out of the country and to entirely switch to playing live was an easy one. In WSOP 2011, he won his first bracelet in a $1,000 No Limit Texas Hold’em event and cashed in another for a combined $525,274. In year 2012, Jason made his deepest run yet at the Main Event finishing 69th.
His successes led to Somerville’s addition to the elite PokerVT training team as an instructor in the advanced poker tournament arena. In this endeavor, Jason revealed his other talent – that of a gifted coach, having produced dozens of excellent videos. His methodical, eloquent, and highly insightful style has won him legions of followers.
We are proud to have Jason Somerville as our AMA guest on August 5, 2013 at 5 PM Eastern. Follow this link to ask him anything!