The PokerStars European Poker Tour is firmly entrenched at the Connaught Rooms in central London, and the main event is preparing to start Day 3 tomorrow.

The chip leader going into Day 3 is going to be Tudor Purice, who is going to be coming back with a stack of 628,200, over 50,000 more than his nearest rival Yngve Steen. 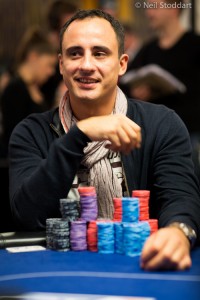 The bubble is likely to burst during the early levels of Day 3 as only 106 players remain in the event from the 604 who paid their £5,250 entry fee to the event. 87 players are going to end up pocketing at least £9,080 for their efforts. The eventual winner will pick up the lion’s share of £2,929,400 and a very nice trophy for being able to defeat the other 603 players.

The Main Event has seen players from all over world turning up to play in one of the few EPT events to be in every season since the very first. The UK is represented by 25% of the starting field, with The US having the next biggest slice of the player pie with 10%. 54 different countries have been represented by at least one player, proving that London really is the centre of a multicultural world.

Earlier in the week, Martin Finger won the first ever £50,000 Super high Roller event to be held at a London EPT, and took home £821,000 after he managed to beat fellow German Tobias Reinkemeier in the heads up battle. The Super High Roller was played over 3 days, with some of the worlds best high stakes tournament players battling it out for this prestigious title.

The Germans seemed to be very much in control of this event, taking four of the top five spots, and it’s left players and commentators alike wondering “what it is about these players that allows them to dominate these events so easily?” 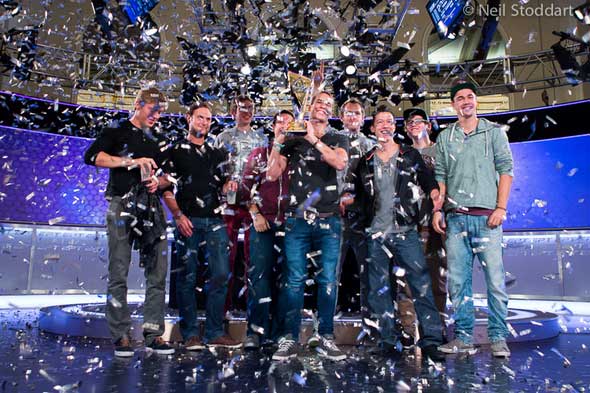 FlopTurnRiver.com is hosting the stream for the EPT broadcast, and I for one will be keeping a very close eye on the feature table as James Hartigan, Joe Stapleton, Matt Broughton and Marc Convey provide their usual top notch commentary. You can also get involved with the live stream by using the #EPTLive hashtag on Twitter, and if your tweet is funny, interesting or just weird enough, it might get read out on air.