With a large number of satellites and qualifiers held over 4 weeks this popular Ongame series valued at over $3 million culminated in the Grand Final on Sunday 18th October. With a direct buy-in of $5000 the $300,000 guarantee was eventually surpassed with a total prize pool of over $600,000.

Describing the action Mike McDonald said, “I came into the final table about middle of the pack and not much happened for me until the final 4 when I was pretty short. I then doubled through the chipleader after calling a minraise with 66 and flopping a set against QQ on J76r and holding to have about 2/3 of the chips in play 3 handed. I then took out the shortstack A8 against AJ to have a big chiplead heads up before getting A9o against 44 and holding.”

Mike McDonald from Ontario had only been playing poker professionally for 6 months when he had the most incredible run of money finishes winning over $1.3 million in the European Poker Tour (EPT) including 1st prize at Dortmund in early February. His current lifetime winnings playing live are now in excess of an astounding $2 million.

Commenting on his latest GSOP and RedKings win McDonald said, “In all honesty Ongame used to be my least favorite place to play online because of the lack of antes or resizable tables but now the structures are much better and so is the interface. Right now behind Full Tilt and Poker Stars, RedKings is my next favorite site to play on.”

The GSOP (series 4) will be back soon at RedKings Poker where total tournament guarantees now exceed $15,000,000 monthly. 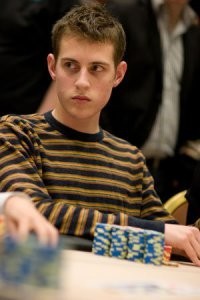