Poker to become an Olympic Sport? 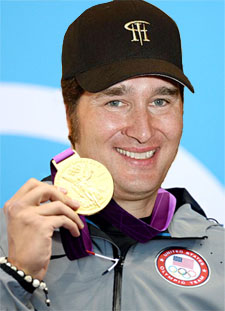 FlopTurnRiver have learned that discussions are ongoing to include Poker as an Olympic sport for the 2020 games. From what we have heard, Poker is to take the place of Windsurfing in the summer games program.

In February, the International Olympic Committee (IOC) voted to drop Wrestling from the Olympic Program, and this has started a chain reaction to bring more popular sports to the Summer Games, and our sources have indicated that due to Poker’s worldwide appeal, its inclusion on the Olympic Program is a forgone conclusion.

This isn’t the first time Windsurfing has been removed from the games, it was voted out of the list of Olympic events in May 2012 for the 2016 games, only to have a final reprieve in November of the same year.

We are expecting a press release from the Swiss based IOC after the Easter Holidays announcing the removal of Windsurfing from the 2020 Olympic Program. We expect the press release to then note the inclusion of Poker to the list of sports (alongside Baseball/Softball, Karate, Squash and others) being considered for inclusion at the 2020 games by the 125th IOC Session to be held in Buenos Aires in September.

The sports that will replace Wrestling and Windsurfing are to be voted on by the IOC’s 105 members at the gathering in Argentina, and our sources, who include people who have been approached for technical advice on how to include Poker as an Olympic Event, have been told that the Poker lobby in the IOC have secured at least 45% of the votes for the new Sport, with several more on the cusp of agreeing.

While the Event will be amateur players only, to fit in with the original Olympic ideals, Phil Hellmuth has already been rumoured to be in the running for the Team USA Head Coach job, with Dan Harrington and Phil Ivey also in the running. Neil Channing and Barny Boatman are leading the pack for the Team GB position.

The format has yet to be decided, and the two leading ideas are a series of large multi table tournaments, with points awarded and a league system for the medals, or a Heads Up bracket system (Like the NBC Heads Up Championship) with players eliminated level by level until there are just two playing for the Gold Medal. The IOC is still split on whether players should be playing for more than the medals, and if the tournaments are going to have any prize pools attached. We will keep an eye on this, and let you know about any developments.

We spoke to several professional Windsurfers about the downgrading of their sport:

“We never saw this coming…” Said UK National Windsurfing Champion Simon McClintock, “…I’m gutted, but I can see the sense in adding Poker to the games. So many people play at home, online, and in the casino, it’s a massive player base.”

We also approached several Poker Players for their opinion, but given the time, most were still recovering from playing their gruelling Sunday Schedules. However we did manage to speak to Rafa Nadal.

“Poker’s inclusion in the Olympics is going to be a tough thing for me…” Said the former Olympic Tennis Champion “…In 2020 I’ll be at the end of my Tennis career, and I may decide to play the poker instead. It will be a hard decision for me”

We have also approached PokerStars due to unsubstantiated rumours that they have been asked to sponsor the event. They have as yet failed to respond.

We’ll be keeping a close eye on this breaking news, and will be bringing you any updates as quickly as we can. Keep checking here at FlopTurnRiver.com for your Olympic Poker News.