On Sunday the 16th June, PokerStars added another record to their trophy case. They hosted the biggest ever Multi Table Tournament, when the $1 buy Event that was part of the 100 Billion Hand celebrations.

The event came to an end when “johnnykara75” opened with a limp in the button and “Mr.SlavaPro” checked his option. The flop came K

, and “Mr.SlavaPro” checked over to “johnnykara75,” who fired out for a minimum bet. The russian shoved over the top, and “johnnykara75” made the call.

“Mr.SlavaPro was ahead with top and bottom pair with his K

that was sitting next to it didn’t hit the 2 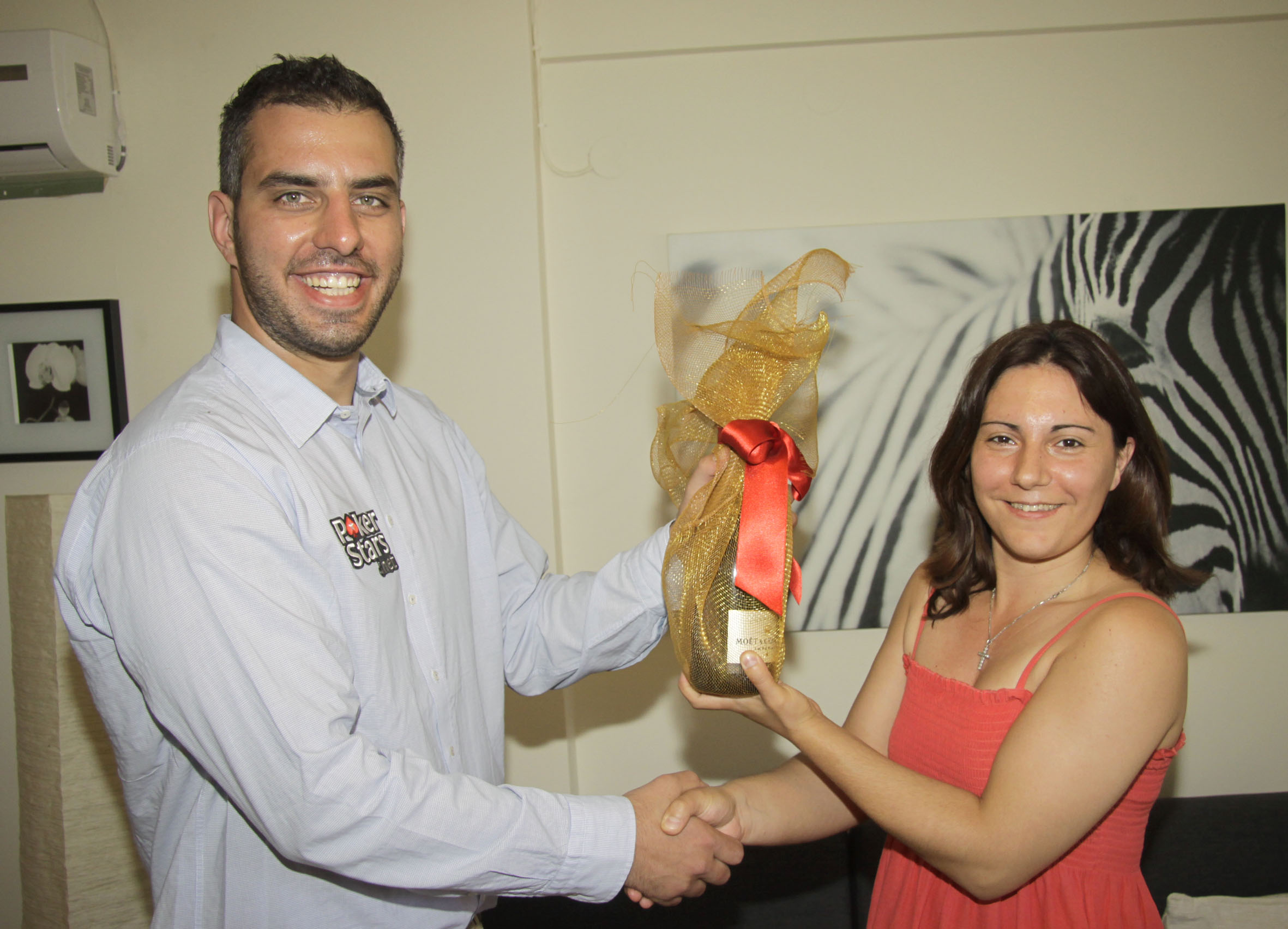 In other PokerStars news, the 100 Billionth Hand Winner, “microulis69”, has come out from behind the avatar. Isidora Panagiotopoulou is a married housewife from Thessaloniki in Greece.

When asked about the moment Isidora said “We had been playing the promotion from day one and felt bad we hadn’t won any sort of prize. The feeling was extraordinary when it finally happened… I was with my sister-in-law all together at my husband’s store. We celebrated and called our parents.”

When asked about the future, both in poker and what she wanted to do with the money she continued by saying, “We have lots of financial obligations to settle and this money will help a lot. I would like to use some of it to start playing poker professionally.”

Isidora won $103,800 in the 100 Billionth hand promotion, and we have a video of the hand below for those of you who may have missed it.