PokerStars recently sent out an email to New Jersey residents asking about their personal gaming habits, and their feelings towards regulated online poker sites in the state.

Residents were also asked “How likely would you be to play online poker with PokerStars if they were granted a license to offer online poker in New Jersey?”, as well as a similar question regarding Full Tilt Poker.

PokerStars has teamed up with Resorts Casino Hotel in order to offer New Jersey intrastate online gambling, with a possible start in November.

Sources say Full Tilt is working on casino-style side games in addition to real money poker. PokerStars will continue to only offer poker games.

U.S. Players Still Waiting To Be Paid By Full Tilt

Despite a purchase by PokerStars and a settlement with the federal government, it has been over two years since U.S. players have been able to get their money from Full Tilt.

Garden City Group, who are the claims administrators for the U.S. player funds, are still going through information given to them by the United States Department of Justice. Approximately $185 million belonging to 1.3 million players is still waiting to be reimbursed. Former Full Tilt players who are expecting to be paid must register at fulltiltpokerclaims.com.

After repeated warnings, PokerStars has handed down a lifetime ban to a notorious “buttoner” at the high-stakes and nosebleed limit tables. This is the first banning of its kind.

Player “Jama-dharma”, who plays from $10/$20 up to $1000/$2000 in Fixed Limit Hold’em games, was repeatedly warned for abusing the PokerStars software by starting games and quitting before having to post a big blind.

PokerStars previously warned him, “we must make this perfectly clear to you, there are no second chances. If you are still found to be abusing the blinds or are found to be angle-shooting in any other way, your account will be permanently closed.” Although his account is permanently banned, the player still has the ability to withdraw his funds. 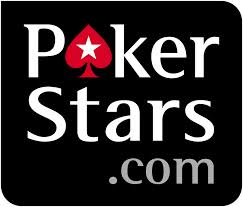