As the French Open at Stade Roland Garros begins this weekend, PokerStars Team SportStars member Rafa Nadal was in Paris, and played against 100 of his fans.

Thing is, less than 5 miles away from the famous venue of the French Open, Rafa wasn’t playing Tennis, he was playing a free to enter poker tournament using the PokerStars award winning mobile client!

Rafa is known by tennis fans everywhere as having a highly competitive streak running through him, and he’s now transferring that to his love of poker. Since signing with PokerStars as an ambassador, Rafa has been the subject of several videos charting his progress as he has been coached by Alfonso Cardalda. 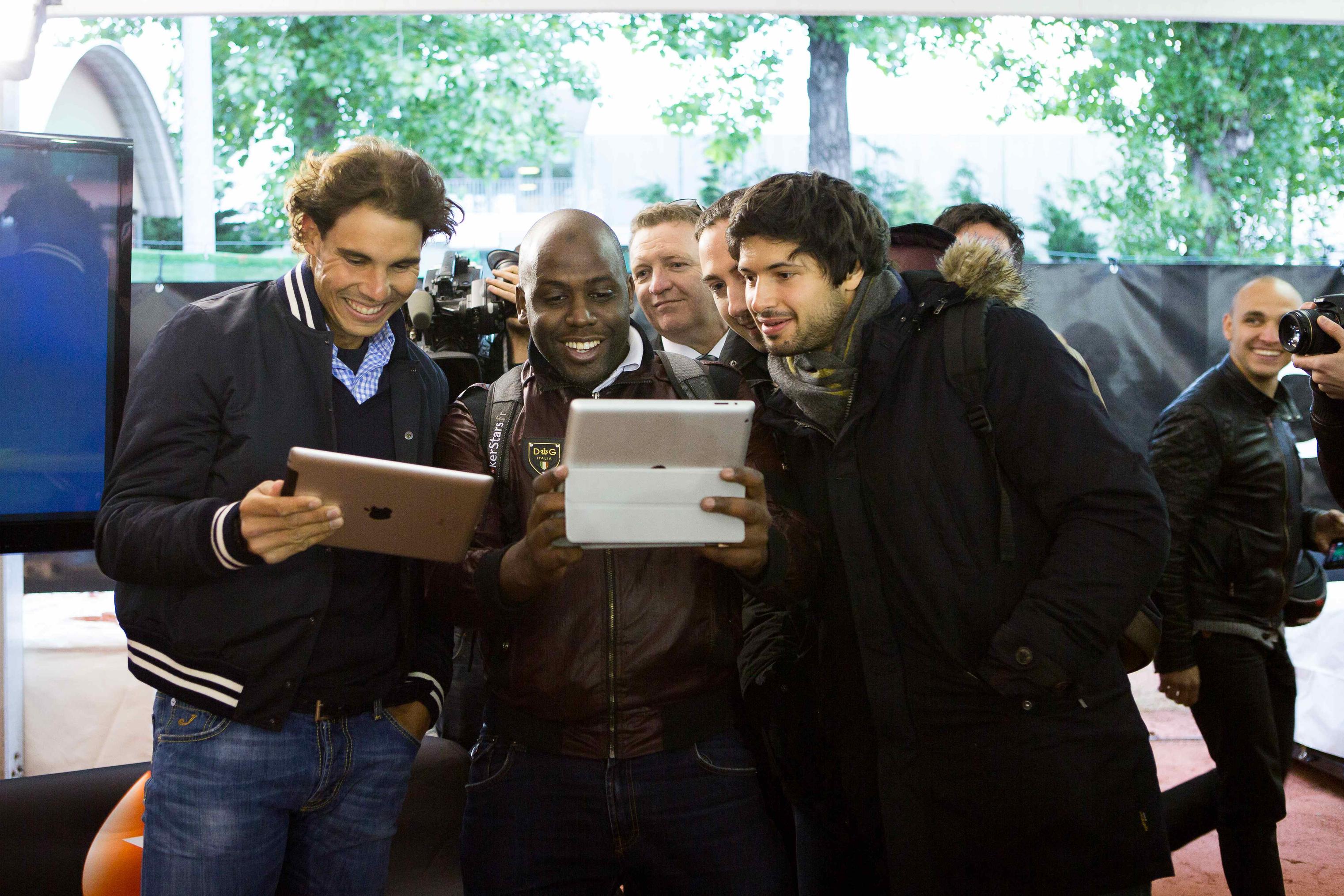 “It’s no secret that I love the competition, and that’s what I like about the game of poker.  It’s a game of skill that requires mental strength and the ability to out think your opponents and in that way it is very similar to tennis.” the seven time French Open Winner said. “As I’m in Paris for the Roland Garros tournament, I wanted to be able to have some fun with my fans, and a poker tournament seemed like a great way to do that.”

Alfonso also commented on Rafa’s love of the game, and his drive to beat anyone put in front of him.  “Rafa’s competitive nature means that he needs new challenges and wants to learn new skills, all the time. Taking on his fans in a friendly poker tournament such as this allows him to put into practise the key lessons I have been giving him based on mathematics, discipline and psychology.”

The PokerStars organisers also made a short video of the event, and we have got a copy for you below.