Cyprus, 14 June 2009 – RedKings.com announced the signing to Team RedKings of Stephan Kjerstad one of the hottest new players on the European poker scene today.

Stephan, who was voted as the Norwegian Online Player of the Year two years in a row for 2007 and 2008 , is well known in the Norwegian Poker Community as well as in the High Stakes world playing anything from 10 -20 all the way up to 200-400.

Commented RedKings CEO Michael Golembo, “I am absolutely delighted to welcome Stephan to the Team. It was the attraction of playing for Team RedKings that tipped the deal in our favor as we had to beat off huge competition to sign him.  I am absolutely convinced Stephan will be a valuable addition to the Team and will benefit both the RedKings Brand and help develop his Live Poker career in the years to come.

Kjerstad is 21 and has so far finished in the money last year’s WSOPE, The Norwegian Championships, the Irish Open, the Asian Poker Classic and in two EPT’s Prague and Monte Carlo.

Commented RedKings Live Events Manager, Jerry Land “The International make up of the Team reflects the main Poker Markets for RedKings, all we need now is a Danish player and we will then have Scandinavian quads!”

Stephan kicks off his sponsorship at the WSOP and will join the other 23 players that will be representing RedKings in Vegas.

Land commented “Because of our commitment to the Major Live Events we have been running WSOP promotions for months now and we will have a nice spread of players in both the Main Event and many side events over the next 3 weeks. We will be there in force and Team RedKings will be hard to miss. All our players are also now sending us up –to- the minute reports using Twitter as things develop at the tables.”

You can follow the exploits of Team RedKings in Vegas in their blog http://blogs.redkings.com with Live Reporting and constant updates from each player.

To get further details about Team RedKings visit the RedKings website. 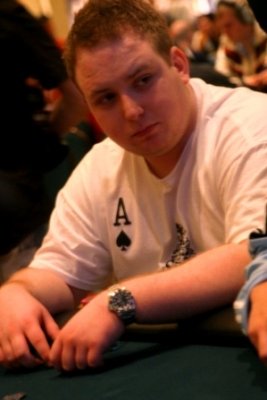