Every year, poker players and organizations alike donate millions to various causes all around the world. Just a few decades ago, poker may not have been associated very closely with charitable causes, but this perception has been strongly changing ever since the poker boom.

Nowadays, charity tournaments are a regular occurrence and now even charity series like the CSOP are forming. Many poker pros have taken up causes of their own or even launched their own charitable organizations. Of course, most of us can’t afford to make huge donations, but sometimes the poker world makes a donation that makes the news. With that in mind, let’s take a look at the top 10 biggest donations to come out of the poker world. 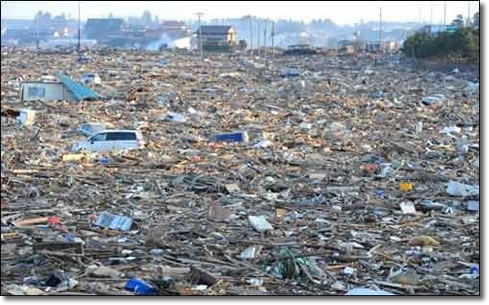 PokerStars will be making this list more than once, which makes sense considering the vast number of players they could reach over the years to support various causes.

PokerStars made one of the first significant contributions in 2004 after a tsunami swept through the countries bordering the Indian Ocean. The magnitude of the disaster was on a scale rarely seen with over 200,000 people dead or missing. 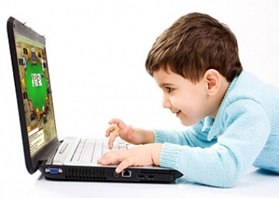 In March of 2011, PokerStars ran the Sunday Million 5th Anniversary Special with more than a million dollars for first place. When seven players remained, a deal was struck, after which most of the remaining players secured at least half a million dollars each.

One of those players was ‘zeurrr’ from the Netherlands, who got $518,402 as part of the deal and eventually finished in fifth place. However, just days after the tournament, his account was suspended on suspicions that he was underage. Those suspicions were later confirmed and PokerStars confiscated all of his winnings.

While in most such cases the money would be divided between the other players in the tournament, this time PokerStars refused to do so, citing their terms and conditions. Instead, they pledged to donate zeurrr’s winnings to charities working to curb gambling among minors.

In 2013, Southeast Asia was devastated by Typhoon Haiyan, which was one of the strongest ever recorded. Once again, PokerStars was the biggest relief effort organizer in the poker community, setting up multiple ways for players to donate to the cause.

Just a few weeks later, the players alone raised $260,000 with PokerStars upping the final sum to almost $580,000. Just weeks prior to Haiyan hitting, PokerStars signed a partnership agreement with CARE – an international humanitarian agency. This came in very handy when putting the donations to good use. 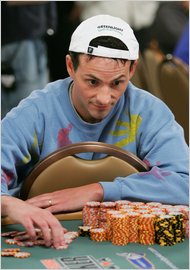 Billionaire hedge fund manager, David Einhorn, is one of the few poker enthusiasts who doesn’t mind giving up all of his winnings when he has a big tournament score. While the 2006 Main Event was mostly about Jamie Gold and his improbable run to victory, one of the biggest stories was also Einhorn’s deep run.

When the Main Event was down to a fairly small field, where anyone could now hope to become the next champion, Einhorn was still in the running and announced that regardless of where he finished in the tournament, all of his winnings would be donated to the Michael J. Fox Foundation for Parkinson’s Research.

Eventually, Einhorn was knocked out in 18th place by, you guessed it – Jamie Gold. Regardless, his deep run was good for $659,730, all of which was donated as promised. 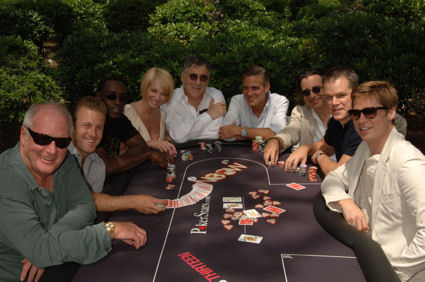 In 2007, PokerStars made the news again by teaming up with ‘Not On Our Watch’ – a charity formed by the cast of Ocean’s Thirteen, which is focused on humanitarian relief efforts in Darfur.

Like always, charity tournaments and direct donation lines were organized for PokerStars players and even though the amounts raised through these means were well below $100,000, PokerStars made a substantial donation of its own, pledging $1 million to the relief efforts. 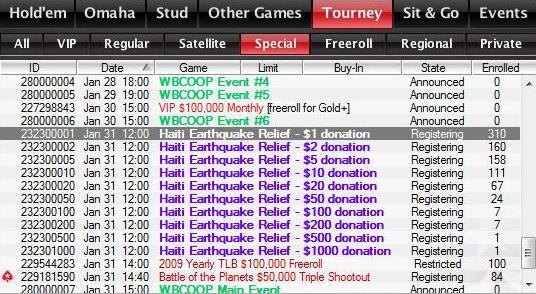 However big a natural disaster is, it’s rare to see an entire country nearly wiped out by one, though this is exactly what happened in 2010 as a devastating earthquake hit Haiti. With almost 200,000 dead, this was one of the worst disasters the world has ever seen. 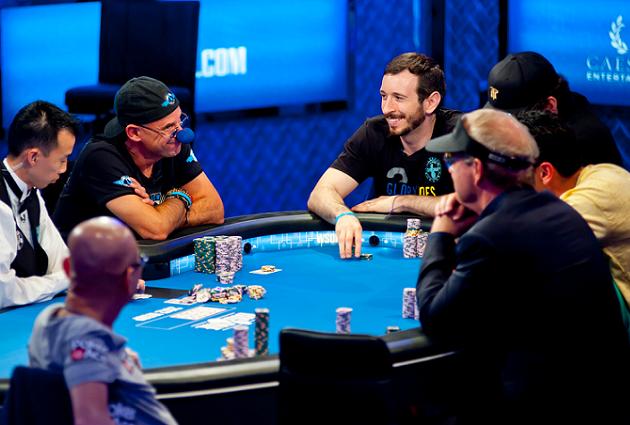 As most of you would have guessed, One Drop would appear on this list sooner or later and sure enough, the three years that One Drop has partnered with the WSOP generated some of the biggest donations seen in the poker community. Founded by Guy Laliberte, One Drop’s main goal is to provide access to safe drinking water around the world.

2013 was a year that skipped the famous $1,111,111 buy-in One Drop Event and hosted a $111,111 High Roller tourney instead, along with a $1,111 buy-in event. 166 players registered for the High Roller Event, which was the biggest field seen in a six figure buy-in tournament in the history of poker. The lower buy-in event did even better with 4,756 players entering the tournament. In the end, more than $1.7 million was raised for One Drop. 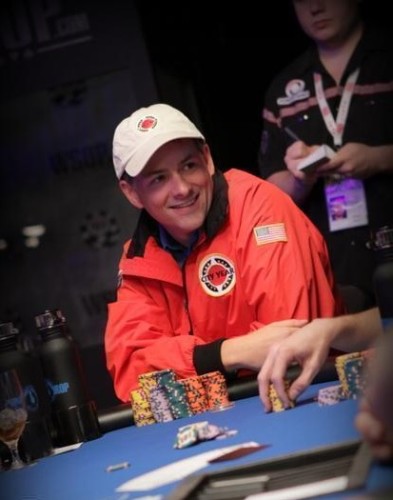 A lot was written about the 2012 Big One for One Drop heads-up match between Antonio Esfandiari and Sam Trickett, however, less attention was paid to third place finisher, David Einhorn.

Just like in his Main Event run, Einhorn pledged to donate all of his winnings to charity. Once again, Einhorn made an impressive run and this time his third place finish was good for $4.3 million, which went to City Year, a charity organization focused on education.

While most of the field in the $1 million buy-in Big One for One Drop had pieces of themselves sold to afford the unusually high buy-in, Einhorn was one of the few who did not have to do that. Perhaps this is what gave him the comfort to stand against the elite field, eventually coming very close to winning the whole thing. 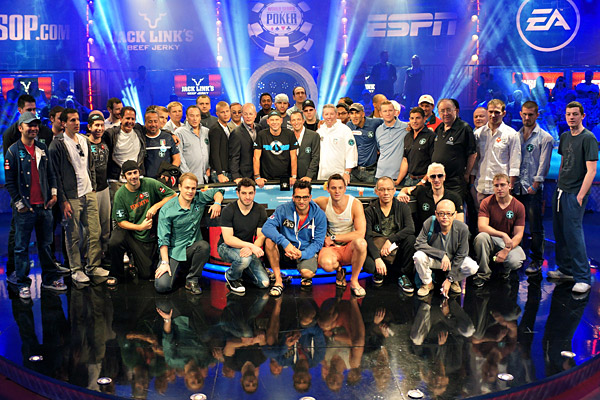 The first year of the WSOP’s partnership with One Drop started off with a bang as the $1 million buy-in tournament was a huge success and reached the 48 player cap. $111,111 from each entry went to One Drop, totaling $5.3 million, the single biggest donation any poker event has ever produced.

The winner of the tournament, Antonio Esfandiari, has also taken up One Drop’s cause, becoming their ambassador and supporting the charity all over the world. 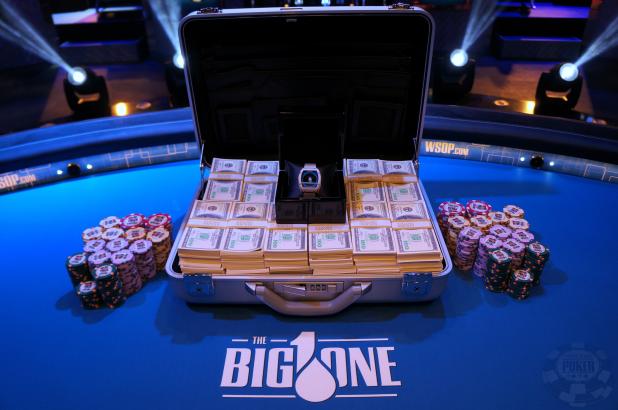 2014 saw the return of the Big One for One Drop with pros and businessmen putting up the $1 million buy-in yet again. Granted, the turnout was less than in 2012 with only 42 people registering for the event. However, 2014 also saw the Little One for One Drop, a $1,111 buy-in tournament where $111 of every buy-in went to One Drop. This event was a huge success just like in 2013, attracting almost 4,500 players.

The combined amount from the Big One and Little One events added up to almost the same amount as in 2012, reaching $5.2 million. Even though 2015 won’t see the $1 million buy-in event, a $111,111 High Roller will be taking place, along with the Little One for One Drop. Most poker players probably don’t have enough money lying around to buy into the High Roller, but if you are in Vegas when the Little One for One Drop takes place, you should definitely consider giving it a shot!