Only a handful of players can say that they got to two final tables in a row, especially when it comes to high profile tournaments like the EPT, WTP or WSOP. These tournaments feature the highest buy-ins in the world, which inevitably produce the toughest fields. The odds of a player beating two such fields in a row for back-to-back final table appearances are usually too low to even consider. Nevertheless, some players do accomplish this feat from time to time, so let’s take a look at the top 10 back-to-back final table appearances. 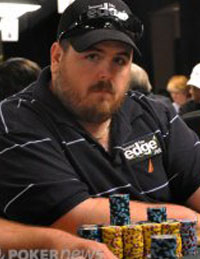 While this list will primarily include live tournament results, it wouldn’t be fair to not mention Casey Jarzabek’s amazing feat.

The 39-year-old from Ontario finished off 2012 strong by winning the Sunday Warm-Up and did not lose any momentum heading into 2013. In January of that year, he final-tabled the Sunday Million, finishing fourth after a four-way deal and earned $137,488. Just a week later, Casey was storming through the Sunday Million once again and finished in third for another $118,154.

While such an achievement is undoubtedly harder to achieve in a high-profile live tournament, beating a field of 7,000+ players in the biggest weekly online tournament two weeks in a row is a very impressive accomplishment that deserves to be mentioned. 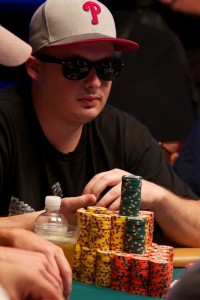 With ~$2.5 Million in live tournament winnings, Paul Volpe has seen success across a bunch of tournament series, including winning a WSOP bracelet and making multiple deep runs in the WSOP Main Event.

Paul’s best performance came in March, 2013, when he entered the WPT LA Poker Classic and made it all the way to heads-up play where he fell short, losing to Paul Klann and finishing second for $651,170. Just two weeks later, in the very next WPT event, the Bay 101 Shooting Star, Paul made the final table again and finished in third place for $435,610. 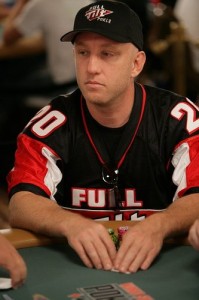 Originally from Longbranch, Washington, Lee Watkinson has a huge number of accomplishments, including winning a WSOP bracelet and making the Main Event final table in 2007, where he finished eighth for $585,699. No less impressive was his win in the 2006 WSOP $10,000 PLO Event, where he took home his first WSOP bracelet and $655,746.

Just like Paul Volpe, Watkinson also made two back-to-back WPT final tables. Even though it was in 2004, when the fields were relatively softer, Paul did take two second places in a row – first at the Mirage Poker Showdown, losing to Eli Elezra and, just a month later, another at the WPT 2004 Legends of Poker which was won by Doyle Brunson. 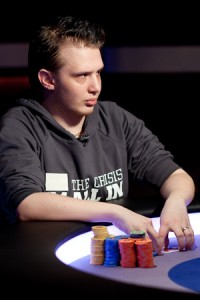 Max Heinzelmann is perhaps the least accomplished player on this list, with his back-to-back performances accounting for ~85% of his total live tournament winnings. Regardless, his impressive back-to-back second place finishes in two of the toughest tournaments in Europe, which had respective player fields of 773 and 987, are a remarkable achievement.

His second place finishes earned him more than $1.5 million combined in the span of a single month. Considering that this was in 2011, you can also factor in highly competitive fields similar to what any EPT Main Event would attract nowadays which makes his performances even more remarkable. 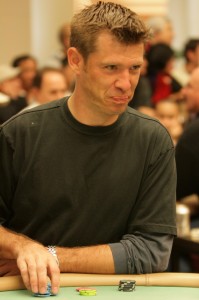 Most people won’t remember much from the 2003 WSOP except for Moneymaker’s game-changing win. While that was no doubt the event of the year at the WSOP, the second biggest story that got lost in the shadow of Moneymaker’s victory was Layne Flack and his back-to-back wins.

The year before, Flack won two WSOP bracelets in two weeks and just a year later he put up an even more impressive performance. At the early stages of the 2003 WSOP, Flack entered the $2,500 Omaha Hi-Low Event and won it for $119,260. As soon as the event was done, he jumped straight into the next event, which happened to be the $1,500 Limit Hold’em Shootout, which he also won for another $120,000. 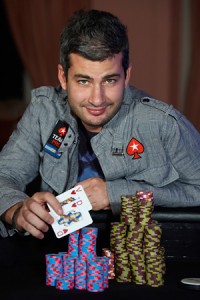 Jose Barbero is the most successful Argentinian player with over $2.5 million in live tournament winnings. It was in 2010 that Jose made history by becoming the first player to win two LAPT titles. What made this much more impressive is that he did it in back-to-back LAPT events. 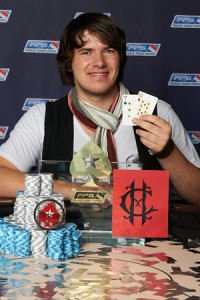 With live tournament winnings of over $4.5 Million, Marvin Rettenmaier is one of Germany’s most successful tournament players and a major force on the WPT and EPT circuits.

In 2012, Marvin Rettenmaier became the first player in WPT history to not only make back-to-back final tables, but to also win back-to-back titles. Taking down the last stop of the season, the $25,500 WPT World Championship, for $1,196,858 must have felt pretty good, while taking down the very next WPT Cyprus for another $287,784 must have felt even better despite winning four times less money. 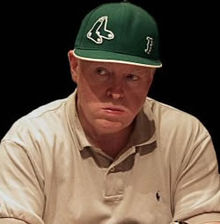 The top three spots on this list go to players who have made back-to-back WSOP Main Event final tables. Doyle Brunson, Johnny Chan and Stu Ungar all won the Main Event back-to-back. The Main Event was way too different back then to be able to compare it to modern day back-to-back runs, however. While those were impressive achievements from the games’ best players, the tournament fields in those days resemble today’s multi-table sit & go’s and so were in no way similar to the field of thousands of people that compete in the Main Event nowadays.

Dan Harrington was the first player to pull off back-to-back Main Event final tables in 2003 and 2004, after the number of participants in the tourney began to swell to unprecedented levels. Facing fields of 839 and 2,576 players, his third and fourth place finishes were an incredible feat that earned him over $2 Million. If asked then, it probably would have been hard for him to imagine that his achievement would be repeated just four years later against even greater odds. 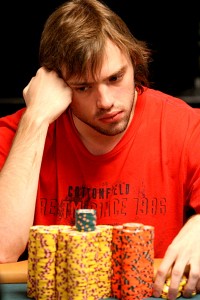 The introduction of the WSOP Europe Main Event gave players another chance to beat the odds and make back-to-back Main Event final tables and Ivan Demidov was the first to do this in 2008.

Ivan Demidov was a relatively unknown player before his second place finish in the WSOP Main Event. Losing out to Peter Eastgate heads-up, Ivan still collected a massive $5,809,595 prize. What was even more astonishing was him coming back and finishing third in the WSOPE Main Event for $608,995.

With the fields of these events consisting of 6,844 and 362 players, respectively, this performance was probably the most impressive back-to-back performance…until this year’s WSOP Main Event came around, that is. 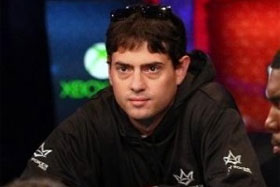 The biggest back-to-back performance story is of course the one that is currently in progress. Being only the third person in the modern era to make back-to-back WSOP Main Event final tables, Mark Newhouse’s story is shaping up to be an historic one.

After being the first player to get knocked out at last year’s Main Event final table, scoring $733,224, Newhouse was as unlikely as any other player to make this years’ November Nine. Despite the astronomical odds, Newhouse did just that, however. Overcoming fields of 6,352 and 6,683 players in the top tournament of the year twice in a row is a monumental achievement that dwarfs any other back-to-back runs in the history of poker to-date.