Another World Series of Poker has come to an end and this summer is was bigger and better than ever. Players saw the return of the $1 million buy-in Big One for One Drop, the second Millionaire Maker event, the first-ever Dealer’s Choice event, a Monster Stack tournament and lots more.

Only one table remains to be played – the Main Event final table. The remaining 9 players will return in November to finish what they have started, with $10 million up for grabs for the winner and seven-digit payouts for the rest.

With two months of great poker action behind us, it’s time to take a look back at the top 10 most memorable wins of this years’ WSOP. 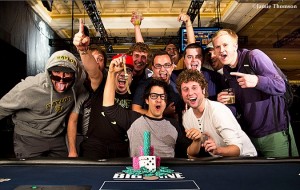 Event #59 was an Omaha Hi-Low Split-8 or Better event, which attracted 457 players with a $3,000 buy-in. Phillip Hui is perhaps the most unlikely bracelet winner in this years’ WSOP, as he was fighting from behind for most of the final table.

Several times during the final table Hui was on the brink of elimination, only to keep surviving until he reached heads-up play, being up against Zack Milchman and facing an 18 to 1 chip deficit. Yet, somehow, Hui was able to fight back in the span of an hours and eventually come out on top for the first place prize of $286,976 and his first WSOP gold bracelet. 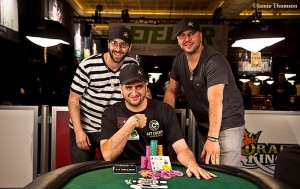 The inaugural Dealer’s Choice Event was something many pros were looking forward too. With 16 games to choose from, this format requires a solid grasp of all the games to compete.

One of those competing for the inaugural bracelet was Robert Mizrachi, who up to this point had one bracelet to his name, which he won 7 years ago in an Omaha Hi-Low Split-8 or Better event. Mizrachi began the final day as the chip leader and by the end of the day, he was awarded his second career World Series of Poker bracelet.

Robert Mizrachi did loose his chip lead coming into heads-up play and had to overcome a severe chip deficit to beat Aaron Schaff. This win earned him $147,092 as well as the bragging rights of being the champion of the first-ever dealer’s choice event. 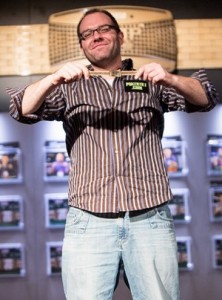 The guy who was “going to take over the poker world” actually took over a bracelet this summer!

Controversy, however, is never far behind Dutch, as just a week after his win, Mason Mallmuth of 2+2 posted an open letter from Dutch about the Cybersquatting Lawsuit that he was involved in. Apparently, Dutch registered a domain name twoplustwopoker.com, infringing on 2+2’s trademark, which led to the lawsuit.

In the letter, which was obviously written by his lawyers, Dutch apologizes for infringing 2+2’s trademark, as well as many other things. Eventually, it turned out that the case was settled, with Dutch paying 2+2 at least $60,000 as part of the settlement. 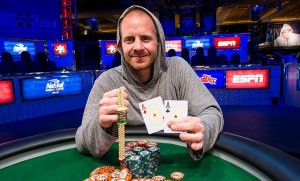 Just three years ago, Jesse McEuen was living the good life. By the age of 30, he had achieved great success in poker, with half a million dollar bankroll and various investments to his name. Then, in April 2011, Black Friday hit, and his life was changed overnight.

His bankroll was gone instantly, with no way to tell if and when it might be returned. When money became really tight, like many other players, McEuen headed for Mexico, where he returned to playing poker again. Unfortunately, two years out of the action, McEuen’s skills weren’t what they used to be and he lost the last of his bankroll.

Now it seems Jesse’s is finally getting back on track with his win in the Ante Only No-Limit Hold’em. Defeating 714 players, Jesse won his first gold bracelet victory and the first place prize of $212,093. 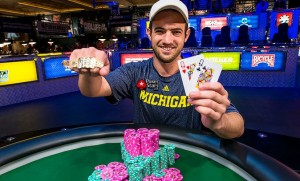 Few former Main Event champions have put up WSOP results like Joe Cada has. After his 2009 Main Event win, Cada has received a lot of criticism for simply running good at the final table. However, over the last two years, Cada had a runner-up performance, two fourth place finished in No Limit Hold’em WSOP Events, and this year, he finally won his second bracelet. 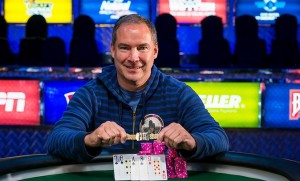 The $1,500 Razz Event attracted only 352 players and didn’t seem like anything special. However, the last two players standing made it very special indeed.

Ted Forrest, five-time bracelet winner, was going up against Phil Hellmuth, who has a record 13 bracelets. The two poker titans battled for hours before Forrest finally came out on top, earning his sixth gold bracelet and the first one since 2008. With this win, Ted Forrest’s total live tournament winnings have reached $6,175,000.

The Razz Event also marked the 10th runner-up finish for Hellmuth, as well as his 49th career final table – by far the most of anyone in the history of poker. While Phil did make three final tables this year, this second place finish is his best score in this years’ WSOP. 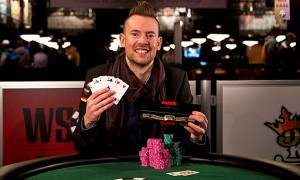 Prior to this years’ WSOP, George Danzer has made six WSOP final tables in 3 years. Unfortunately, he could never get to that illusive bracelet, finishing 2nd once, 3rd two times and 5th another two times. This year, however, Danzer broke through in a big way. His first win came in a first-ever $10,000 Razz tournament, where he defeated Brandon Shack-Harris heads-up to win his first bracelet.

Just two weeks later, Danzer entered another tough field of the $10,000 buy-in Seven-Card Stud High-Low Championship. The final table featured names like Jeff Lisandro, Calvin Anderson, Brian Hastings, and David Singer, all of whom Danzer overcame, only to face John Racener, the 2010 Main Event runner-up in a heads-up battle. Fortunately for him, Danzer had a sizable lead going into heads-up play and managed to quickly finish off his opponent. 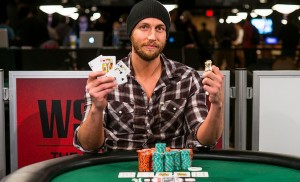 The current Player of the Year Leader Brandon Shack-Harris had one hell of a summer. Despite winning only one bracelet, Brandon could have easily won four this year, making four final tables and crushing all of them.

Two weeks later, Brandon continued his amazing run by finishing third in a Limit Hold’em for $78,335. If that wasn’t enough, Brandon’s last big score was twice as big as the rest of his scores combined, as he finished 2nd in the $50,000 buy-in Poker Players Championship for $937,975.

With two more cashes at this years’ WSOP, Brandon is just a few point ahead of George Danzer in the POY standings and it looks like he, rightfully so, will be crowned this years’ Player of the Year. 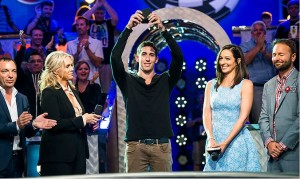 When play was down to heads-up at this year’s second-ever $1 million buy-in Big One for One Drop Event, Daniel Negreanu was up against a 23 year old online poker pro Daniel Colman. This was Colman’s first ever WSOP final table, so Negreanu had experience on his side. However, that was not enough, as Coleman went on to defeat Daniel and claim the biggest first place prize in history – $15,306,668. While Daniel Negreanu missed out on his seventh bracelet and the largest prize in tournament history, he did earn $8,288,001 as well as the first spot in the all-time money tournament earnings list with $30 million in career tournament winnings.

However, this wasn’t the end of the story, as no sooner that the tournament was over, Daniel Colman proved to be one of the most hypocritical WSOP champions ever. Coleman started out by refusing all interview requests after historic win, after which he took to the internet, where he said some really stupid things. Coleman started off his statement on 2+2:
“First off, I don’t owe poker a single thing. I’ve been fortunate enough to benefit financially from this game, but I have played it long enough to see the ugly side of this world. It is not a game where the pros are always happy and living a fulfilling life. “

Sure, he doesn’t owe poker a thing, especially the millions he has earned from it, his nice penthouse in Rio Di Janeiro and tons of other things he owes directly to poker. And sure, pros are not always happy and living a fulfilling life, just like in any other profession on planet earth.

The rest of the Coleman’s self-contradictory statement is too long to analyze, but either way, his hypocrisy easily earns him the second spot of the most memorable WSOP 2014 wins and could have earned the top spot, if it wasn’t for the best player in the world. 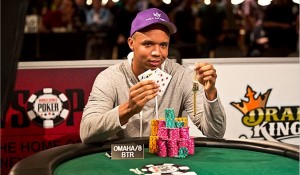 Overshadowing Coleman’s win, the best player in the world – Phil Ivey, proved his status once again by capturing his 10th WSOP bracelet. Ivey topped the 485-player field in the $1,500 Eight-Game Mix Event, defeating Bruce Yamron heads-up for the $167,332 prize. With this historic win, Ivey joins Doyle Brunson and Johnny Chan in the 10-Bracelet winners club and considering that Ivey is not planning to retire anytime soon, it’s only a matter of time until he surpasses them.

A nice addition to his 10th bracelet, was Ivey’s bracelet side bet for this years’ WSOP. Before this years’ series began, Ivey offered anyone a 2:1 bet of up to $1,000,000 that he or Daniel Negreanu would win a bracelet this year. It seems that no one took up the maximum bet, but Ivey did receive plenty of action on the bet. While Daniel came close to winning a bracelet twice, finishing second in the Big One for One Drop and second in a No-Limit 2-7 Draw Lowball $10,000 buy-in Event, eventually it was Ivey who got the job done, securing a what seemed to be a bad bet.