Top 10 Players Who Successfully Transitioned from Online to Live Poker

Being a successful online pro, be it in cash games or tournaments, doesn’t necessarily mean an easy transition to live games. There are huge differences between sitting in front of your PC while making split second decisions on multiple tables and being physically present at a slow-paced live game.

Successful online pros bring a great knowledge of the mathematical side of poker, however, the pace, trends and live reading skills are things that need to be learned in order to successfully transition to live games.

These 10 pros started out as online grinders, but eventually transitioned to live games with enormous success. 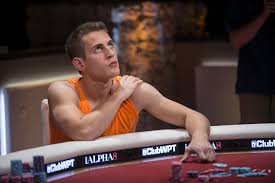 Mike ‘Timex’ McDonald is one of the best Canadian poker players. He started playing poker in high school, making decent money along the way. While continuing to be a great online player, Mike successfully transitioned to live poker, recording a major live tournament score just a few years after he began his career. In 2008, Mike took down the EPT German Open for $1,370,161, becoming the youngest EPT winner of all time.

Despite having started his career in the days of softer player fields, Mike continues to excel at both online and live tournaments. 2014 was a dream year for Mike as he bagged three of his biggest live tournament scores, winning over $4 million in total, as well as taking down the FTOPS Main Event for $200,000. 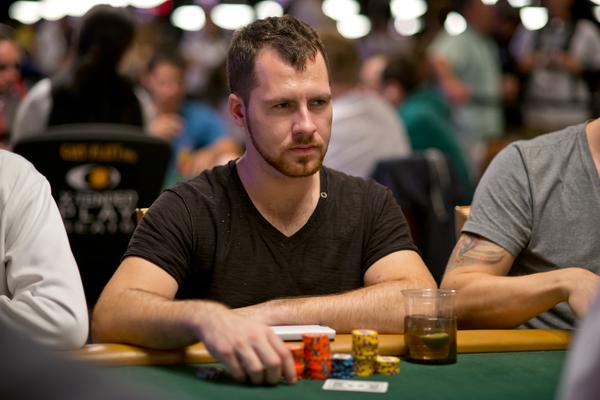 Known as ‘Jungleman12’ online, Cates began his poker career at the age of 17, playing NL50. To be fair, at this time he also played in his local casino, though it didn’t really matter, since he was losing on both fronts. At one point he even had to get a job at McDonald’s to rebuild his bankroll.

Once he began putting more time into studying the game, he went from playing NL50 to NL5000 in the space of two years. Cates has been an overall steady winner in the highest online games ever since, with his only huge beating at high stakes being delivered by Victor ‘Isildur1’ Blom, when Cates dropped $500,000 to him in a matter of days.

Cates did not make the transition to the live circuit until he was a well-established figure online. It’s not publicly known if he plays a lot of high stakes live cash games, but he did play in the famous Aria $2,000/$4,000 No Limit Hold’em game. As far as live tournaments go, Cates has also done pretty well, recording more than $3,000,000 in cashes. 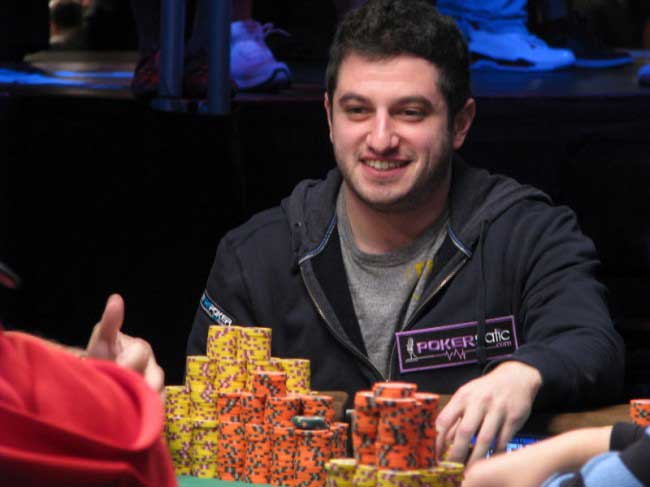 One of the many pros who started out with a small deposit back in the day, Phil Galfond began by playing small stakes sit & go’s. It didn’t take long for him to reach the highest Sit & Go’s offered, after which he decided to transition to cash games.

His first shot at the highest stakes online was against Phil Ivey at $300/$600. That did not go well for Galfond as Ivey took almost half of his bankroll. Eventually, Galfond recovered and went on to become one of the most prominent high stakes players online.

Having experienced success at all types of online games, Galfond successfully transitioned his game to the live scene, appearing in all of the most popular TV poker series like High Stakes Poker and Poker After Dark. In 2008, Galfond won a WSOP bracelet in a PLO event. His total live tournament winnings are just under $2,000,000. 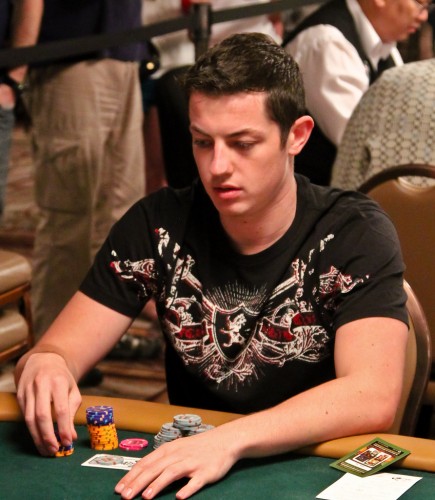 One of the most well-known pros of his time, Tom Dwan began his career in 2004 with a $50 deposit. Just like Phil Galfond, Dwan began with Sit & Go’s. At one point, playing $6 Sit & Go’s, he only had $15 left, but still managed to rebound and show a profit.

Later, Dwan also transitioned to cash games and soon reached the top of the ladder. After being up over $5,000,000 by 2009, Dwan ran into the likes of Isildur1, who gave Dwan a beating to remember, relieving him of ~$5,000,000 and putting Dwan’s lifetime cash game earnings in the red. Regardless, Dwan still managed to rebound after this horrible loss.

For someone who is considered to be mainly a cash game player, Dwan has an impressive live tournament record with $2.6 million in cashes. As for live cash games, a lot of speculation has been going on lately about the state of Dwan’s bankroll. Despite the lack of any information on these rumors from Dwan himself, pictures have emerged from the highest stakes games in the world at Macau, showing Dwan sitting with millions in front of him, so it’s probably safe to assume that Dwan is doing pretty well in live cash games, too. 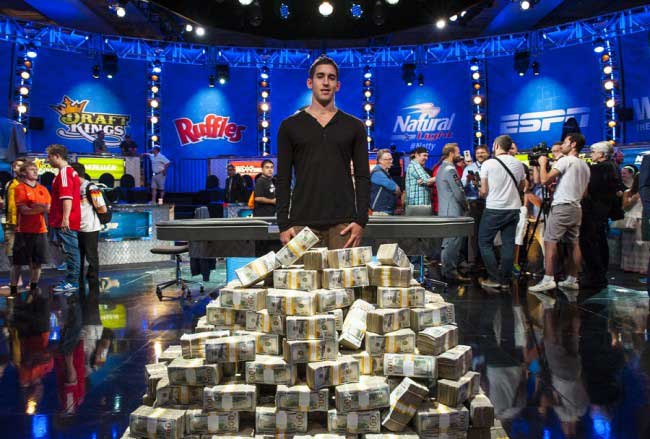 Despite Daniel Colman’s controversial comments and actions after his recent success, his results are hard to argue with. One of the most successful online players, Coleman transitioned to live games with an even bigger bang, winning One Drop for $15.3 million.

Coleman was never much of a cash game player, but when it comes to Sit & Go’s and tournaments, there aren’t many people who can be compared to him. In 2013, Coleman made history by successfully completing a challenge to show a profit of $1,000,000 in a single year playing high stakes hyper turbo tournaments. In fact, it only took him 9 months.

In 2014, Coleman established himself as a force to be reckoned with on the live tournament scene. Apart from winning One Drop, Coleman also won the €100,000 Super High Roller at the European Poker Tour Grand Final in Monte Carlo for €1,539,300 and finished second in the €50,000 EPT Barcelona Super High Roller for €843,066. To cap off the year, Coleman won the Seminole Hard Rock Poker Open for $1,446,710 and the WPT Alpha 8 Super High Roller for $990,000. As of 2014, his total live tournament earnings exceed $22 million, putting him in 3rd place on the all-time earnings leaderboard. 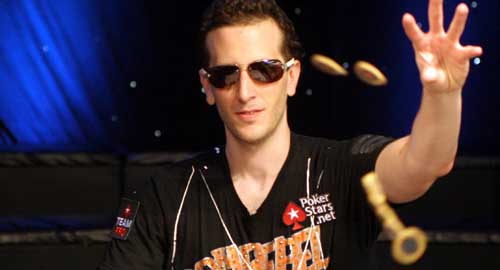 Before transitioning from online to live poker, Bertrand ‘Elky’ Grospellier had to undergo another transition. Elky started out as a professional Starcraft player and was one of the top players in the world at one point. Eventually he retired from the game and took up poker.

Being used to fast-paced games came in really handy for Elky and allowed him to become one of the best multi-tabling grinders in online poker. Elky became the first player to reach Supernova and Supernova Elite on PokerStars, the latter of which took him only 4-and-a-half months to achieve.

Elky became famous for the fast pace at which he played online, so it would stand to reason that the drastically slower game pace in live games might be a big barrier in the way of his transition. Despite everything, Elky transitioned to live poker with tremendous success, with his total live tournament cashes approaching $11,000,000. 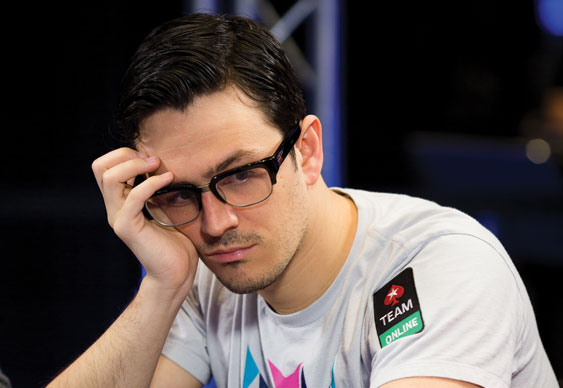 Haxton learned to play poker when he was young, though never took it seriously until he finished high school. In fact, he took it so seriously, that he decided to take time off from pursuing a computer science degree at Brown University to focus on poker.

Like many, he began playing online with a $50 deposit, starting out at the $0.25/$0.50 limit and in a matter of years he reached stakes as high as $30/$60. Despite having been mostly an online cash game player, Haxton had no problem transitioning to live tournaments. 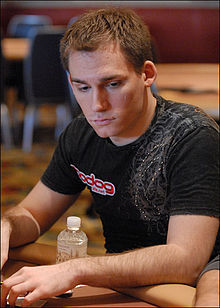 Justin started out playing small stakes online when he was about 16, though he never really got anywhere until he turned 18. At that point, he began to study the game more carefully and his results improved dramatically.

In 2005, Justin was playing the highest stakes Sit & Go’s on Party Poker, even setting himself a challenge to make a $30,000 profit in a single month playing only $215 Sit & Go’s. He managed to complete this challenge, solidifying himself as one of the best players at that time.

The following year, Justin saw even more success, especially in online tournaments, where he won several major tournaments, including the Sunday Million. However, Justin was soon banned by Party Poker for multi-accounting in tournaments and all of his funds were confiscated. Other major rooms soon followed, banning Justin, too.

This led to Justin playing more live tournaments, where he proved himself to be a great player. By 2008, Justin was largely forgiven for his past actions and he even signed a sponsorship deal with Bodog. A year later, he was unbanned at PokerStars.

Justin’s biggest live tournament cash came in 2012, when he defeated a final table stacked with world class pros to take down the Monte Carlo EPT Super High Roller for €1,640,000. At this point, his total live tournament cashes amount to $8 million. 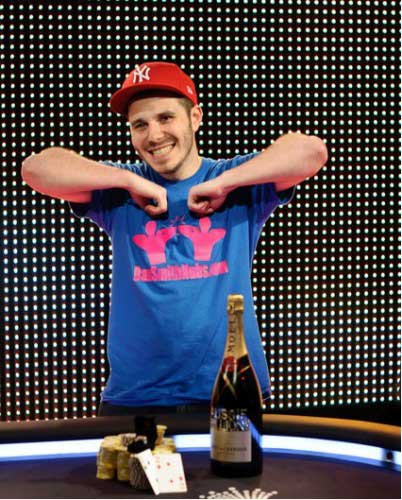 Dan Smith began playing online poker around the age of 16 and, like Isaac Haxton, he would go on to leave college to pursue his poker career. Known as ‘KingDan’ online, Smith has more than $2.6 million in online tournament cashes, with his biggest cash coming in 2012 when he took down the Sunday Million for $211,800.

Dan Smith began his transition to live tournaments a few years after the start of his online career. His results speak for themselves, with four recorded seven-figure live tournament scores to-date. His biggest score came in the summer of 2014 when he took down the Bellagio Super High Roller for $2,044,766. His total live tournament earnings are now up to almost $9 million. 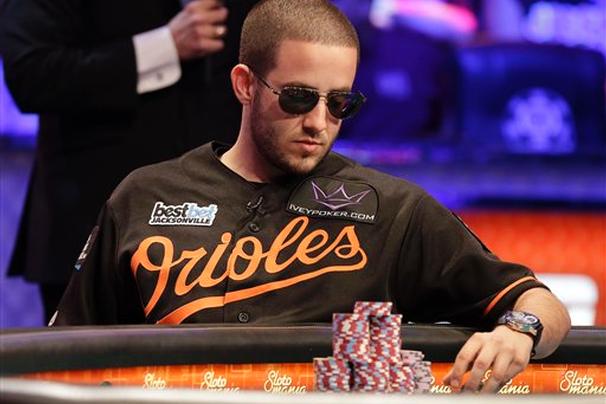 Greg Merson , who is known online primarily as a cash game player, is one of the best examples of high volume online grinders. Having played more than 7 million hands online, Greg achieved Supernova Elite status on PokerStars an amazing three times.

Greg’s breakout year in the live tournament scene was 2012 when he took the WSOP by storm, first winning the six-handed Event #57 with a $10,000 buy -in for $1,136,197 and finishing off with a victory at the Main Event. His total live tournament earnings have now reached $11 million.