Poker is a game of the brain, the gut, and, perhaps most importantly, the heart. That being said, as a poker player, romance can be hard to come by. For starts, it isn’t the best profession to find a significant other. It also isn’t very financially stable and the job has extremely long, late hours and an erratic schedule at best. What’s more, there is a slight gender disparity—men make up roughly 95% of the field! At least the women players in poker have their pick of the litter. Guys… not so much. 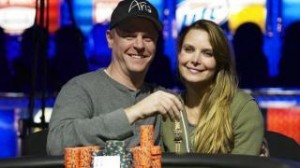 While Erick Lindgren is now known more for his bad debts and his stint in rehab, at one point he was the All-American golden boy of poker. As such, it was almost fitting that he would fall in love with former model turned poker player Erica Schoenberg. The couple would eventually get married in a luxurious ceremony in Santa Barbara in June 2011, and the two gave birth to their first child in November of the same year. 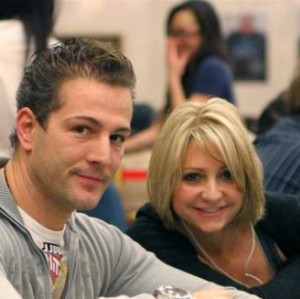 Typically, it’s the male half that grabs all the attention, but not when it comes to this couple. Jennifer Harman has been a tournament and cash game terror for two decades, and she is widely considered to be the greatest female poker player of all time. She first met Marco, a former hairdresser from Italy, in the parking garage of The Bellagio where they were parked beside each other. While he doesn’t have the resume that Jennifer does, Marco is no slouch either—he has over $600,000 in live tournament winnings. They have two twin boys together and are now divorced. 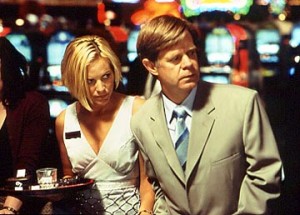 This memorable pairing comes from one of the best gambling movies ever made, The Cooler. William H. Macy plays Bernie Lootz, otherwise known as a “cooler,” i.e. a person who is an unlucky jinx to opposing players. All of that changes when he falls in love with a cocktail waitress named Natalia Belisario (Maria Bello). With his own version of “lady luck” in tow, he quickly becomes the luckiest person in Las Vegas. Of course, that doesn’t sit too well with his former employers: the mob. We don’t want to spoil the rest of the movie, but do yourself a favor and go check it out—it’s fantastic. 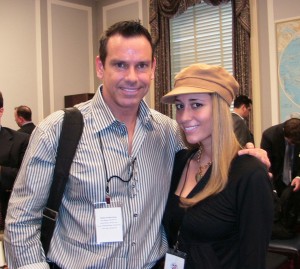 Possibly the best looking couple in the history of poker, Vanessa Rousso and husband, Chad Brown, first met at the 2006 Five-Star World Poker Classic where they both reached the final table (she finished in 7th place, he finished in 9th). Looking back at the events surrounding their initial meeting, Rousso remarked, “Not a bad day for me. I won a quarter of a million dollars and met my future fiancée. Does it get any better than that?” Unfortunately, Chad passed away at the age of 52 on July 2, 2014 after an extended fight against cancer. Our hearts go out to Vanessa and their family. 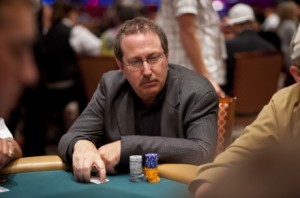 Those of you who enjoy watching the World Series of Poker on ESPN—that’s probably all of you reading this—are familiar with Norman Chad’s shtick: he is as bad at love as he is at poker. He regularly cracks jokes about his ex-wives and tells tales of his misery with the finer sex. In 2007, Chad announced his third marriage, stating that he had started a new “perilous life.” We wish him the best of luck, but something tells us that he still has a few more funny stories up his sleeve. 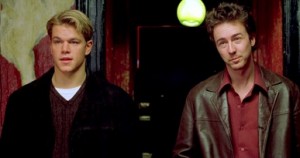 While this famous pair of fictionalized poker players isn’t a romantic couple, there is definitely a strong bro-mance going on between Matt Damon (Mike) and Edward Norton (Worm). Growing up together, the two had a knack for getting into trouble and it carried over into their adult lives as poker players. Stuck for a pile of money, the two embark on a wild poker marathon. Mike tries to play things straight; Worm always tries to cheat and work the angles. Together, they have their way with half of the poker-playing denizens of New York State. When last we saw them, Worm had skipped town and Mike was on his way to Las Vegas to play in the WSOP Main Event, but something tells us this isn’t the end of their story. 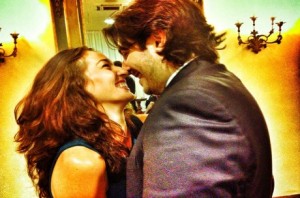 Here is yet another couple where the wife is more famous than the husband. Kara has hosted several gambling television shows, including Poker Night Live and High Stakes Poker, and she now works as a sideline reporter for ESPN’s World Series of Poker broadcast. She also happens to be one of only two women to have cashed in back-to-back Main Events (2008 and 2009). More than just a pretty face, she proved her mettle by finishing second in the 2009 Irish Open for €312,600. Her husband, Giovanni Rizzo, is a sponsored pro and also cashed in back-to-back Main Events, earning money in 2010 and 2001, respectively. The two currently reside in Italy. 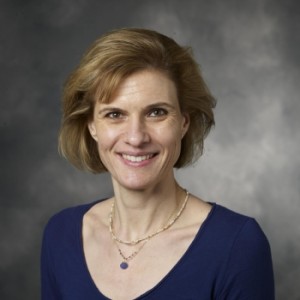 “He called a raise with queen-ten, honey.”

“That maniac put all that money all-in with two sevens, honey, did you see that?”

“Honey, I was supposed to go broke on that hand. But they forgot one thing: I can dodge bullets, baby!”

With a record 13 WSOP bracelets, Phil Hellmuth may be the most decorated poker player in the world. He might also be the most outspoken; he is known just as much for his cartoonish outbursts than he is for his play at the tables. Through it all, there is one person who stands quietly by his side, his wife, Katherine. Often times, she is the one he turns to when he rants about the other “idiot” players on the table. Whether he wins or he loses, she remains by his side. There are times when we can barely stomach watching his antics on TV—imagine being married to him! 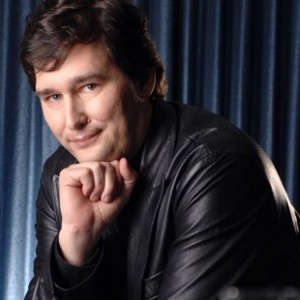 “When I watch myself on TV, I am a bit compelling.”

While we can’t comment on Phil’s relationship with his wife, it’s no secret that the person he really loves the most is himself. The self-proclaimed “Best Hold’em Player in the World” is never one to skimp on self-compliments, and while he has calmed down in recent years, it’s clear that there is only one person in his eyes that plays the game properly: himself! Remember, this is the guy who said, “I am the Jack Nicklaus of poker, the Tiger Woods of poker, the Mozart of poker.” Get a room, Phil. 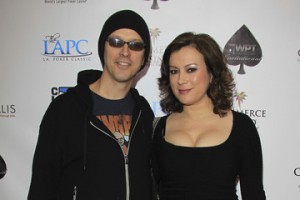 This should probably come as no surprise, but for poker fans, there really is one famous poker couple that stands above the rest: Phil “The Unabomber” Laak and Academy Award nominated actress, Jennifer Tilly. For 11 years—a lifetime for a pair of poker players—the two have appeared on just about every single televised poker show in existence. Together they have combined for over $3.5 million in live tournament winnings, as well as a handful of memorable moments. Here’s to another 11 years!