Actor/musician Dean Martin once said, “You’re nobody till somebody loves you.” In poker, you’re nobody until somebody gives you a cool nickname. While other sports might have nicknames such as “The Great One” or “King James,” poker is similar to boxing and MMA in that every player—or at least every player worth their salt—has one. Like the old gunslingers from the Wild West, sometimes it’s just more fun to go by a killer nickname. Over the years, we’ve come across some memorable—and weird—nicknames, such as “Treetop,” “Puggy,” and even “Jesus.” Check out our list below for our top 10 poker nicknames. 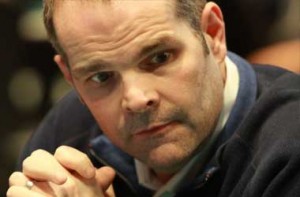 We’re told that Howard apparently hates this nickname, but that probably pales in comparison to how much the rest of the poker world hates him as a person. His calm and calculated approach to poker may have earned him this nickname, but his fall from grace during the Full Tilt Scandal earned him a slightly more dubious one: “Howard The Coward.” We hate to keep beating a dead horse, but Lederer, Ferguson, and the rest of their FTP cronies almost ruined online poker for everyone else. Good riddance. 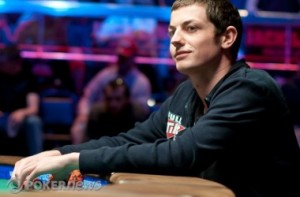 It’s one thing to get beaten by one of the greatest online high stakes NLHE and PLO players of all time, but it’s quite another to be beaten by a guy named “durrrr.” He first came up with the nickname in 2004, believing that the alias would put players on tilt if they lost to him. Apparently it worked, as Dwan quickly rose to prominence in 2007 and over the next few years became a fixture in the biggest online and live cash games in the world. Members in the online community finally had their hero: a young, hyper-aggressive player who annihilated the old, brick & mortar casino poker players. Whether he can keep it going for another decade is anyone’s guess, but we sure do love watching him play.

8. Phil Ivey aka “The Tiger Woods of Poker”, “No Home Jerome” 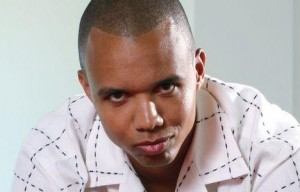 You don’t get called “The Tiger Woods of Poker” for nothing; Phil Ivey is widely considered to be the best all-around poker player on the planet by both fans and his peers. With 10 bracelets, Ivey is now tied with Doyle Brunson and Johnny Chan for second on the all-time list. While Tiger still has him beat with 14 Major Championships, he hasn’t won one since his U.S Open victory in 2008, and a messy divorce and a series of injuries aren’t helping things. If we were the kind of people to place bets (hint: we are), we’d say that the smart money would be on Phil to overtake Tiger at some point in the future.

His other nickname, “No Home, Jerome,” has a slightly more humorous backstory. It originates from his teenage years when he used a fake ID, “Jerome Graham,” in order to illegally play in casinos. The “No Home” part of the nickname refers to the fact that Ivey was always the last one to leave the tables. Apparently all that practice paid off. 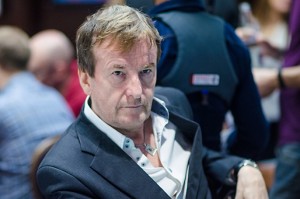 A devilfish is a poisonous fish that can kill the person who eats it if it isn’t properly prepared, which sounds an awful lot like playing with Dave Ulliott. The tough, foul-mouthed former safecracker/armed robber (seriously, check out this rap sheet) originally got his infamous nickname in 1997 when he bested Men “The Master” Nguyen heads up in a PLO event at the Four Queens Poker Classic. After knocking Nguyen’s stack down to only one chip, the duo was forced to go on a one-hour scheduled break. When Nguyen protested, Ulliott turned to “The Master” and coldly remarked, “We’re taking the break, and in all fairness to you, I think you should go upstairs and think about your tactics.” The headlines the next day read, Devilfish devours the Master. Even to this day he still scares the bejeebus out of us. It doesn’t help that he carries around brass knuckles with the words “Devil” and “Fish” on them. Seriously, don’t mess with this guy.

6. Scotty Nguyen aka “The Prince of Poker” or “The Train” 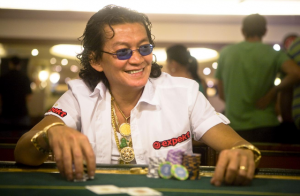 More like “train wreck.” The five-time WSOP bracelet winner is the only person to win both the Main Event and the $50,000 Players Championship, but he is now known more for his horrendous behavior during the 2008 $50,000 H.O.R.S.E. event, which he ended up winning. Visibly drunk, Scotty repeatedly swore at his fellow players and waiters/waitresses for which he received heavy criticism from the announcers. This tournament was played in memory of poker legend Chip Reese, but it sure didn’t feel that way. Stay classy, baby. 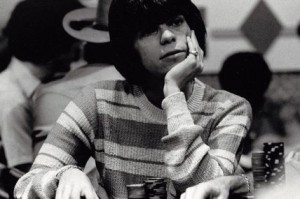 Known as one of the greatest talents the gambling world has ever seen, Stu Ungar took the poker scene by storm in the early 80s, becoming the youngest player ever to win the WSOP Main Event. A year later, he repeated as champion. Only 5 foot 4, and less than 120 pounds, he looked even younger than he really was. Professional poker player Bob Baxter said that during their first meeting, a Coca-Cola crate was put on Ungar’s chair so he would be tall enough to reach the table. What he lacked in physicality he more than made up for in skill—“The Kid” was a ruthless, all-time talent.

In 1997, Ungar returned to claim his third WSOP Main Event bracelet. Afterwards, he was dubbed “The Comeback Kid” by the Las Vegas media for battling against drug abuse and for winning world titles sixteen years apart. Unger is one of only two players (the other being Johnny Moss) to win the Main Event three times. Unfortunately, it would be the last Main Event he ever played in—Stu Unger died only a year later.

Now that is a cool nickname! One of the first poker superstars, Thomas “Amarillo Slim” Preston used to tour the United States with Doyle Brunson looking for gambling action and was a well-known prop bettor. The 1972 Main Event winner was originally born in Arkansas, but following his parents’ divorce he went with his father to Amarillo, Texas. Slim remarked, “It’s a good thing he did, because Amarillo Slim sounds a heck of a lot better than Turkey Tom or Arkansas Austin.” 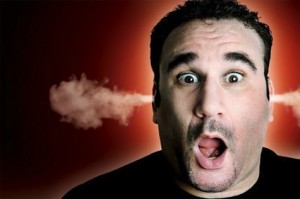 You don’t get a nickname like “The Mouth” for being quiet and polite at the poker table. Mike Matusow may have won millions of dollars during his poker career, but he’s best known for his infamous blow ups (a “Mike Matusow Meltdown”) and his famous, oftentimes offensive mouth which never seems to stop. While he has certainly calmed down in recent years, few will forget his battles with Shawn Sheikhan or his catastrophic collapses. 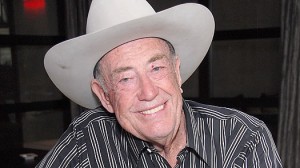 The man, the myth, the legend, Doyle Brunson is the Babe Ruth of Poker. Having played for over 50 years, he has played, and won, in virtually every single poker event in existence. He won the Main Event at the World Series of Poker multiple times, sits tied for second all-time in career WSOP bracelets and is one of only two people to have won a WSOP bracelet in four consecutive years. His nickname, “Texas Dolly,” arose from a mistake by announcer, Jimmy Snyder, who was supposed to announce Brunson as “Texas Doyle,” but mispronounced his first name as Dolly. And that, as they say, was history. 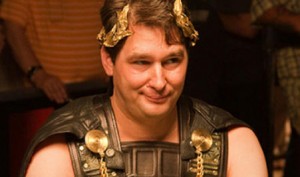 Don’t let yet another #1 title get to your head, Phil. “The Poker Brat” earned his nickname for his child-like blowups, extravagant tournament entrances and temperamental antics at the table. While no one doubts his prodigious talents, there is definitely a love/hate relationship between poker fans and the 13-time WSOP bracelet winner. At this point in the game, we’re pretty sure he is putting on a show for the cameras, but you can never quite tell with Phil.