All poker players love a good promotion. While most promotions come and go, some really capture the attention of online poker players, sometimes even changing the fortunes of entire poker rooms. Let’s take a look at the top 10 online promotions that poker rooms have introduced over the years. 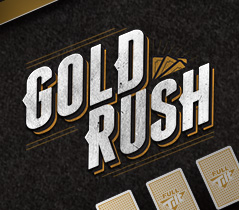 One of the really successful promotions that just recently ended is Full Tilt’s Gold Rush. This promotion was aimed exclusively at Zoom players, with a lot of appeal to casual players.

Every time players played a pot at the Rush tables, they had a chance to be whisked away to a Gold Rush table where three cards would be presented to them. After picking one of the cards, their Gold Rush prize would be revealed. Most of the time the prizes were freeroll tickets or Full Tilt Points, but sometimes they were cash prizes, with the biggest prize topping out at $25,000!

Gold Rush made a pretty significant impact on Full Tilt’s dwindling Rush poker traffic, boosting the number of players sitting at the Rush tables during the promotion by almost 30%.

If there is one poker room out there with enough liquidity to organize a huge tournament, it’s PokerStars. Just last week the 4th Anniversary Sunday Storm edition was concluded with more than 100,000 people buying in for $11 for a shot at the $1 million prize pool.

Other anniversary tournaments at PokerStars also attract huge numbers of players, like the Sunday Million specials, which regularly feature guarantees hovering at $10 million, with winners taking home more than a million dollars. 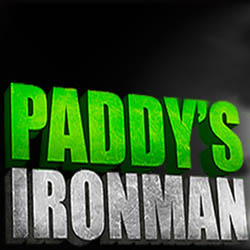 A lot of poker rooms embrace the idea of rake races and offer them in abundance even now when online poker is starting to move away from the traditional model of rewarding players who rake the most.

One of the most successful promotions of this kind was called, ‘Iron Man,’ and was introduced by Paddy Power. Even though this was not a traditional rake race, the premise was similar, with players who earned more points (through paying more rake) earning tickets to better freerolls and getting bigger cash rewards.

For whatever reason, the promotion was really popular and boosted Paddy’s traffic quite a lot, prompting them to bring back the promotion several times since it was first launched. The last time the promotion ran, Paddy even extended it for a whole month due to high demand.

While ‘Rake Race’ type promotions are usually aimed at regular grinders who put in a lot of hours, it’s usually the promotions with an inherent lottery factor that are the most successful. Casual players understand that these promotions give them the same chance to win even if they don’t put in lots of hours at the tables.

The most successful promotion aimed at sit & go’s with casual players in mind was introduced by PokerStars. Golden Sit & Go’s gave every player a chance to play a ‘Lucky Game,’ where the original prize pool would be doubled, quadrupled or even increased ten-fold. On top of that, all players lucky enough to hit such a sit & go would get several buy-ins back, too.

Perhaps the biggest reason for the success of this promotion is that virtually all sit & go’s were included, so it didn’t matter what your preferred game was, you still had the opportunity to hit it big. Golden Sit & Go’s have been back several times and have proven to be a success every time with millions of dollars awarded during the times this promotion has been run. 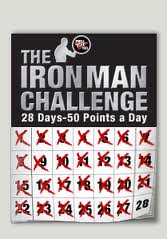 Another poker room that created a ‘Rake Race’ type promotion that was incredibly popular with players was Full Tilt Poker. For some reason, just like Paddy Power’s most successful promotion, it was also named ‘Iron Man.’

Full Tilt introduced Iron Man Challenge Statuses and achieving them required players to collect a certain number of Full Tilt Points over a certain number of days in a month. At the end of every month, players would receive Iron Man medals, the amount of which depended on the Iron Man Status they achieved. These medals could be exchanged for virtually anything in the Full Tilt Store, including cash bonuses.

While this promotion was targeted primarily at regular high volume players, Full Tilt decided to keep rewards fairly similar between high and low stakes players. This made the promotion enormously popular with lower stakes grinders, driving it to become one of the most successful promotions Full Tilt ever ran. 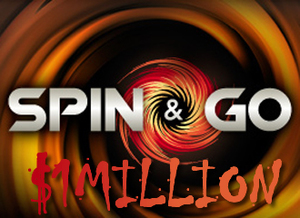 The introduction of Spin & Go’s has really changed the poker landscape. It is safe to say that they now rank amongst the most popular games on PokerStars. These three handed games have an inherent lottery factor which appeals to many casual players and even though it was the French poker room, Winamax, that introduced this format, it was PokerStars’ huge player pool that really made these games popular.

Despite the already demonstrated popularity of the regular buy-in Spin & Go’s, PokerStars found a way to make them even more popular by introducing a limited edition buy-in of $5 that allowed players to win up to $1 million! When introduced for the first time, the promotion ran for almost two months, eventually turning three players into millionaires over the course of a few minutes. 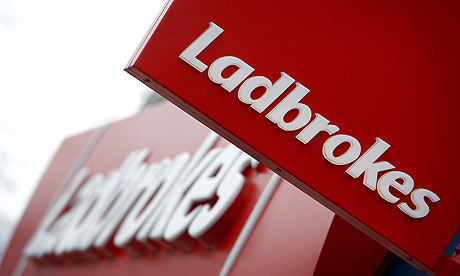 During the heyday of the Rake Races, poker rooms were introducing them left and right, though they rarely attracted as much attention as they would have hoped for. The room that eventually decided to up the ante big time was Ladbrokes, introducing four month-long rake races, each awarding a total of $1 million to the top 3,000 players.

The winner of each monthly contest stood to get $25,000 and, just as expected, players flocked to Ladbrokes for a shot at a five-figure payday. To this day, this remains the biggest Rake Race ever introduced by an online poker room. 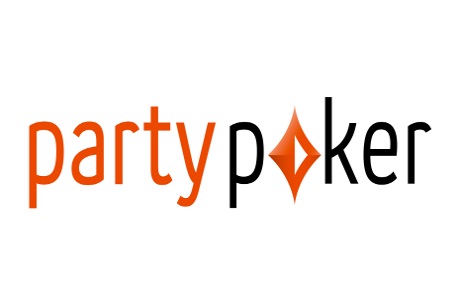 One of the most unconventional promotions aimed at regular players was introduced by Party Poker at the end of 2011. Party Poker offered players a chance to play 80 hours of poker completely rake-free! All they had to do was play at least 160 hours in a month to qualify.

What made this promotion so popular with players is that it did not have any other terms. All you had to do was play the 160 hours and it didn’t matter if you were 1-tabling or 10-tabling, nor did it matter what stakes you played. Once you logged the 160 hours, the next 80 would be rake-free!

Regular players saw the immense value this promotion presented to them and pounced at the opportunity in huge numbers. However, from Party Poker’s side, the promotion might not have been as successful as they had hoped since it was never brought back after that. 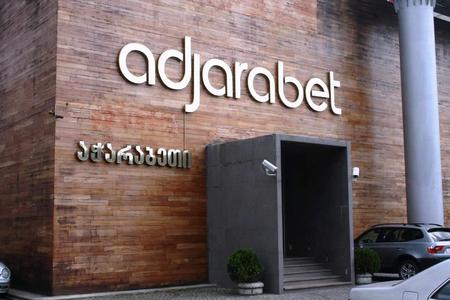 In the last few years, the global online poker market has seen very few changes in regards to poker rooms attracting bigger market segments. The only exception is the Georgian poker room, Adjarabet.

The gist of the Magic Hand promotion was simple – players dealt into every 5000th hand split almost $100 between them with the promotion running for almost two months until almost $450,000 was awarded.

This promotion was incredibly popular, singlehandedly increasing Adjarabet’s traffic to previously unseen numbers and allowing them to become one of the top-ranked poker rooms in the world. 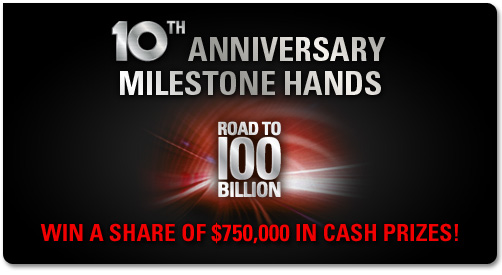 The biggest of these promotions ran during the 100 Billionth Hand Celebration, awarding a total of more than $2 million to players across the tables. What made this promotion so popular was that anyone could hit a milestone hand, as shown by the winner of the main milestone hand who was playing a $0.02/$0.05 No Limit Hold’em 6-Max table and won $103,800.