Superstitions have been around since the dawn of humanity and it is no wonder that they made their way into gambling and eventually, poker. Superstitions can range widely and influence players in a lot of ways; they can be generally accepted or personal.

A good example of a general superstition among gamblers is the color red. The color red is widely associated with good luck, so players will often wear at least some red clothing. This is especially prevalent for Asian gamblers.

Superstitions can even shape buildings. A great example is the 1998 renovation of the MGM Grand Hotel and Casino in Las Vegas. Before the renovation, the entrance to MGM Grand casino was shaped in the form of a lion’s mouth. However, many Asian gamblers believe that entering through a lion’s mouth brings bad luck. Apparently, this had such profound consequences that MGM actually went through with a renovation. 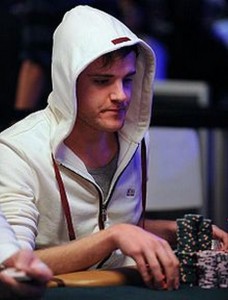 Some superstitions develop over years and can be extremely elaborate while others, on the other hand, emerge and live for a single tournament. The best example of the latter is the 2011 WSOP Main Event winner Pius Heinz. Prior to the Main Event, he never had any superstitions, but that changed during the week he reached the final table.

Pius started wearing his white Hugo Boss hoodie simply because it was comfortable, but as the event progressed, Pius kept wearing it day after day and started considering it his lucky charm. Since the final table was to be played out in November, Pius appeared four months later at the final table wearing the same hoodie. Not only that, his support group picked up the look and all came to support him wearing white hoodies. 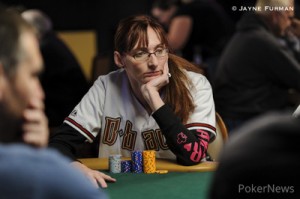 While Becca Kerl is a name that most poker players probably haven’t heard of, she did give a brief interview at this year’s WSOP. Well, it wasn’t really an interview, but she was asked a question that was asked of some players, and the question was, “Are you superstitious?”

In response, Becca described perhaps the most elaborate pre-tournament routine ever. It includes showering while singing along to Eminem’s “Lose Yourself” and having pre-tournament sex. Or perhaps it is the other way around? Either way, it didn’t do her much good as her best performance was a 17th place finish in this year’s WSOP Event #7. 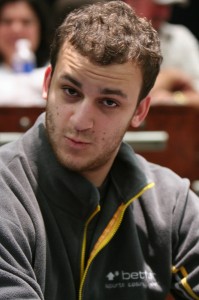 Sorel Mizzi has only one superstition and he is amazed at how accurate it is. Apparently, if Sorel sees Vitaly Lunkin right before or during a tournament, that is a very good sign for him. This can only mean that Vitaly has been following Sorel all over the world recently since Sorel has had huge scores from Australia and Macau to Prague and Germany in the last year. 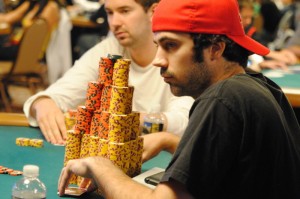 Coming off his huge score in the Summer High Roller VI at the Bellagio with a buy-in of $100,000, Jason is certainly a force to be reckoned with in the poker world. Along with his exceptional tournament skills, Jason has an interesting superstition – he doesn’t like to color up his chips. Apparently, Jason likes to have a big stack in front of him and it frustrates him when the chips are colored up and he has to build it back up again.

Along with this permanent superstition, Jason also occasionally does a “Pius Heinz”. Whenever he reaches the second or third day of a big tournament, he tries to repeat the patterns of his previous days, though it doesn’t stop with clothing and can be anything from the food he ate to the routes he walked that day. 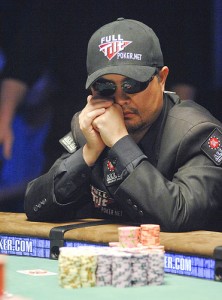 Jerry Yang is not only the unlikely winner of the 2006 WSOP Main Event, but also the bearer of one of the most controversial superstitions that was ever televised. During his run to top of the Main Event, Yang prayed as much as he could in every critical situation which became his trademark during the ME.

Considering that basically all superstitions are irrational, there is no point in bringing up any rational arguments for or against his behavior, but for many people his prayers were a little off-putting in the sense that someone would constantly ask God for help in a poker tournament as if he was somehow special and superior to the other players.

In his post-win interview, however, Jerry tried to play down his behavior at the table, saying that “God doesn’t love one person more than another person” and that he merely “Prayed to my God for the strength to make the right decision.” However, it’s unclear what decision was he praying for when he called and was ahead of Lee Watkinson in this hand…or many other similar situations for that matter. 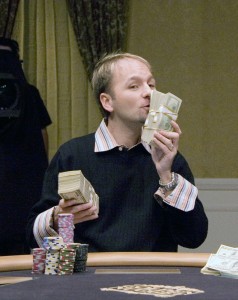 Many gamblers and some poker players believe that $50 bills are bad luck, refusing to accept them from anyone, including casinos. In fact, some casinos take this superstition so seriously that they do not give out $50 bills to players when they cash in their chips.

Surprisingly enough, one of the people who doesn’t accept $50 bills is Daniel Negreanu. Daniel never said directly that it is a superstitious thing, but the arguments he presented in an interview for hating the $50 bills don’t sound very convincing. He stated that they are “weird and annoying” which can lead one to believe that he really does believe in this superstition. 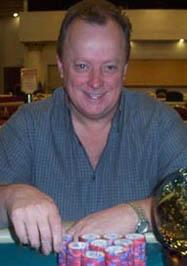 Robert Turner began his poker career way back in the 80’s and is perhaps best known for popularizing Omaha in the 90’s when he introduced the game to Bill Boyd who offered it as a game at the Golden Nugget Casino. Turner also won a WSOP bracelet in 1993 in a $1,500 Stud Event. His is an example of a superstition that actually helped others.

It all started in 1980 when Turner was standing outside of a Las Vegas homeless shelter waiting for a cab to take him to a tournament. Looking at the line of people from the shelter, Turner promised himself that if he won the tournament, he would come back and donate some of the money to the shelter. He went on to win that tournament and, after that day, became a firm believer that giving to charity would bring him luck at the poker tables. 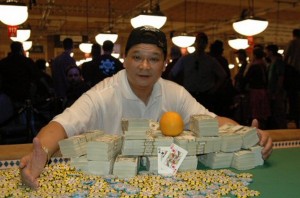 Johnny Chan wasn’t always one of the best poker players in the world, nor was he always looking after his physical health. Living an unhealthy lifestyle for a long time, at one point Johnny finally decided to turn his life around, stopped smoking, started eating healthy food and exercising. After that, his poker success increased steadily, but there was one problem.

When Johnny quit smoking, it still wasn’t banned anywhere in the casinos, much less at the poker tables. Being a non-smoker at this point, he couldn’t stand the cigarette smoke and started bringing a fresh orange to the tables to use as an air freshener for himself. From that day, the orange never left his side and was an addition to Johnny’s many tournament winning photos. 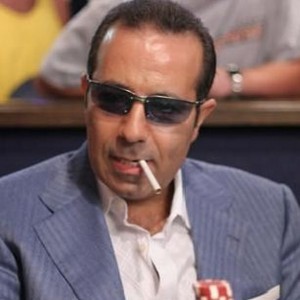 Just like Johnny Chan, two-time WSOP bracelet winner and the 2003 Main Event runner-up, Sam Farha, is a non-smoker. However, his good luck charm is a cigarette albeit an unlit one. Sam doesn’t have any particular cigarette that he considers his lucky charm as he changes them all the time, especially after losing a pot. To this day, he is convinced that a lucky cigarette helped him make it all the way to heads-up in the 2003 Main Event.

The cigarette superstition started when Sam was having a losing day and a smoking friend of his suggested that they take a smoke-break. Sam didn’t feel like smoking, but his friend put a cigarette in his mouth and told him to keep it there and his luck would change. That’s exactly what happened and Sam has done it ever since. 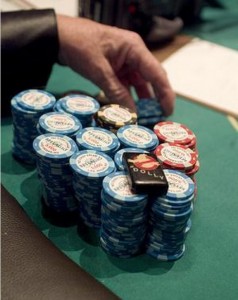 It is well established that Doyle Brunson is the most respected and celebrated poker player in the world. Doyle’s lucky charm is a $5 black rock with a Ghost Busters logo on it which is appropriately called, “Casper.” What is even more incredible is what Doyle managed to do with his lucky charm.

Apparently, so many people believed in Casper’s ability to bring them luck that Doyle managed to lease it to players at $200 for 30 minutes. Doyle claims that Casper has earned him more than $15,000. Now that is truly a lucky charm. Surprisingly, one day Doyle sold it to Howard Lederer for $3,500. However, there was one condition – Casper would become Howard’s only upon Doyle’s death. It’s nice to know that for all the people that Howard screwed over, someone did manage to do it to him.