Top 8 Most Memorable Heads Up Matches of All Time

Heads up poker is considered by many as the hardest form of poker to master. Many players have made their fortunes in high stakes heads up battles. Even in the most popular poker themed movies, the highlight scenes are usually heads up cash games. With that in mind, here are 8 of the most memorable heads up matches of all time.

When Tom Dwan and Phil Hellmuth sat down to play heads up at the 2008 Nation Heads-Up Poker Championship, everyone was expecting a good match, but with the help of a turn card and some egos, the match turned into one of the most well remembered confrontations between the two great players.

We all know how treacherous 60s high stakes heads up stud games can be. You got Eric Stoner, better known as the “Cincinnati Kid,” and Lancey Howard, known as “The Man,” colliding in an epic(ally) boring heads up 5-card stud game. Accompanied by the cast of characters standing in awkward positions with flashlights aimed at their faces, this heads up match was the first ever instructional poker video, which showed why you should never call for more money than you have on the table.

Thanks to Gavin Smith showing up drunk for his Poker After Dark heads up match with Phil Ivey, the world got to witness some of the most entertaining poker to be seen on TV. The craziest thing about the match was that Gavin Smith actually managed to beat Phil. 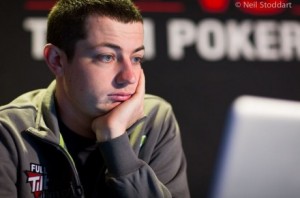 For a random WSOP event, the presence of Tom Dwan at heads up play can certainly make things interesting, but what made this heads up match really stand out was the huge amount of side bets that was riding on Dwan winning the bracelet.

It was reported that Dwan was looking at over $15 million in side bets on whether he would win a bracelet in 2010 and this was way closer than most of the people who took the bet wanted to see Tom get to his goal.

A huge crowd gathered for the heads up match that lasted a little over an hour. Eventually, Tom Dwan fell one step short and was defeated by Simon Watt to the delight of many in the crowd.

If you ever happen to find yourself in a back alley poker room run by Russian gangsters (and let’s be honest, who hasn’t had that happen to him), don’t sit down to play the boss of the place for your life’s savings until you see the classic Mike McDermott vs Teddy KGB contest.

This epic heads-up battle will teach you everything you need to know about flopping the nuts and tilting a dangerous mobster into triple-barrel bluffing you for his entire stack. If that doesn’t work, you can always tell the strength of your opponent’s hand by the way he eats his Oreos.

No memorable heads up match list is complete without Viktor “Isildur1” Blom, who took the online poker world by storm in 2009.

Isildur1 had been crushing the high stakes heads up games at first, playing anyone willing to sit down with him. The culmination of the Swede’s run came when he and Patrik Antonius squared off for several days, traded millions back and forth and, in the process, created the largest online pots in history. The largest pot was played out in a PLO game and reached $1.3 million. 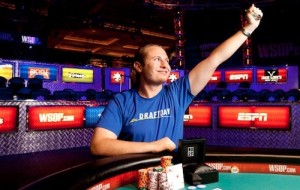 After his epic battles with Patrik Antonius, Isildur1 attracted even more attention from the top pros, which eventually led to his downfall.

Three high stakes pros, Brian Townsend, Brian Hastings and Cole South, each played Isildur1 without much success. So, they decided to pull their hand histories together and analyze Isildur’s game. It’s alleged that Brian Townsend did most of the analysis, pinpointing weaknesses in Isildur’s play. When they were finally ready to put their acquired edge to use, a combination of their work and luck was enough to create one of the most epic blowouts in online poker history.

On his last day, Isildur1 was off to a hot start, winning more than $2 million from Daniel Cates and Brian Townsend. For his last matchup of the day, Brian Hastings joined the No Limit Hold’em tables. After almost 3,000 hands, Isildur1 got annihilated for $4.2 million, which is the biggest single session online loss ever recorded.

Eventually Townsend, Hastings and Cole admitted to sharing hand histories on Isildur1, which was against Full Tilt’s policy, landing them in hot water. Townsend was later suspended from Full Tilt Poker.

1. Andy Beal vs the Corporation 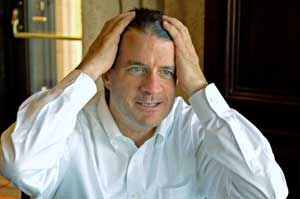 To be fair, this is not a single heads up match, but rather a challenge issued to the Corporation by Andy Beal in 2001. Andy Beal is a well-known businessman and a billionaire, so what’s the Corporation? In fact, the Corporation did not exist before the challenge was issued. Instead, it was created by Doyle Brunson specifically to bring together the best poker pros and their bankrolls to play Andy Beal.

The challenge lasted until 2006. For five years, Andy Beal went head-to-head with world class pros like Phil Ivey, Chip Reese, Johnny Chan, Barry Grenstein and many more in periodic heads up matches. The most amazing thing was that all the way up to 2006, Andy Beal was up in the challenge. Only Phil Ivey managed to pull the Corporation into the black by defeating Beal in 2006 for over $16 million in a single session.

Eventually, Andy Beal admitted defeat and swore to never play poker again. With their task complete, the Corporation no longer had any reason to exist, so the pros disbanded and went their separate ways once again.