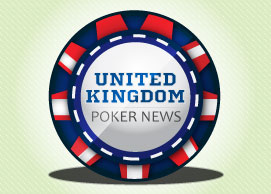 The World Poker Tour has launched a National Tour for the UK and Party Poker are offering online satellites. They start today, and offer players the chance to get a seat to this £200 event starting in late October.

For those that are interested, the Party Poker WPT National UK: London (to give the event it’s full name) is going to run from the 24th to the 27th of October in the Aspers Casino in Stratford, North London. There will be three opening flights, and the structure is an accumulator. This allows players to enter each flight and combine whatever stacks they have remaining at the end of each opening flight.

It’s time for another GukPT, and this one is being held just north of the Capital. Luton is the hosting casino for this leg of the tour, and the £200,000 guaranteed event has a £1000 + £70 buy in. I spoke to the Card Room manager, George, and he said that they already have 50 pre-registered entrants and were expecting to see 250 to 300 before the end of registration on Day 1b.

What’s going to help the leg hit this target are the £30 no reg fee satellites running all this week at the Luton casino. They start at 4pm, and have rebuys for three levels.

As per usual, the final table will be live streamed by the GukPT blog, and commentary will be provided by Phil “The Tower” Heald.

Today (Monday) sees satellites to the Paddy Power Irish Winter Festival start both online and at the VicCasino in London.

Paddy Power is running satellites for the €1,125 tickets starting from €25+€2.50 and going up to €150+€12. But they’re not the only opportunity for a seat. The Vic Casino is also offering a £100+£12 satellite that in addition to the seat is offering free accommodation to any tickets to the main event won.

The IWF starts on the 26th of October at the Burlington Hotel in Dublin, with the final table running on the following Monday. Last year the Main Event attracted 385 players and ended with Tim Hartmann taking home €100,000.