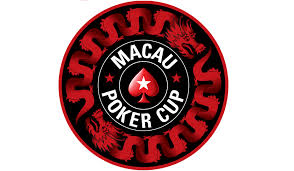 Out of a field of 645 participants a champion has finally been crowned as the UK’s own Tom Alner showed poker class to claim the 2013 Macau Poker Cup Red Dragon Main Event and a seat at the HK$100,000 ACOP Main Event.

The final days play saw 21 remaining players all battling it out for the title, cash and HK$100,000 ACOP entry. All 21 were in the money with a guaranteed HK$41,200 but with some of the worlds best still in contention, no one was settling for the minimum payout.

A host of big names began to make it to the rail one of which was Asia’s most popular player Akira “Clutch Hero” Ohyama finishing up in 12th position collecting HK$63,000. His demise was at the hands of Jason Chong who would see his Ace high straight finish the spirited Ohyama’s pair of Q’s. Fan Cao was next to fall in 11th position and LK Chan came agonizingly close to the final table heading to the rail in 10th position.

Below is the Final Table Lineup:

Frank Maley was the sole Australian left but as the shortest stack his tournament would be quickly over if he didn’t find a pot fast. Chip leader Brain Yip looked the most composed and comfortable as the players took their seats for the final table battle while Shinichi Takenouchi, Tom Alner and Victor Sheerman all possessed healthy enough stacks to be able to launch a prolonged attack on Yip. As Marley clung to life, New Zealands Tom Ward sent home Takenouchi (9) – HK$126,578 with Joao Pedro de Casto following soon after in 8th position collecting HK$158,000. Short Stack Marley finally fell in 7th positon to New Zealand’s Tom Ward, an impressive showing considering his extremely low chip count. Chip leader Brain Yip who had led the way for the best part of three days was only able to finish in 6th position while Ward finished his tournament in 5th.

The final four began to take a less aggressive style of play with the tournament slowing down for several hours. The players finally agreed on a ICM deal which would see them all pocket healthy sums with play regaining its fast and furious pace. With the players now content with their prize money the HK$100,00 ACOP Main Event Seat and the Red Dragon Trophy were still to play for. Victor Sheerman was first to fall in 4th position followed by Wilson Fu finishing up in 3rd position. The heads-up battle saw Alner, who was ahead 4-1 in chips, face Jason Chong. Alner called all-in with pocket 7’s against Chong’s Q10, the board then ran 7-8-9 giving Alner trip 7’s with the turn and river offering no help to Chong ending his tournament in 2nd place.

For more details on the 2013 Macau Poker Cup Red Dragon visit online alternatively got to PokerStars. 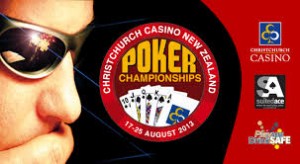 To register for this years New Zealand Poker Championships visit NZPC or for results stay tuned to FTR for the latest news.

APPT Melbourne gearing up for a huge event 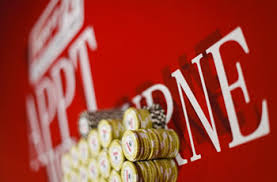 The Crown Poker Room in Melbourne is Australia’s home of Poker, it is the location of the biggest poker tournament in the Pacific, the Aussie Millions, while also hosting a wide variety of poker tour events throughout the year. On 25 August the Crown Casino and Hotel will see the Asia Pacific Poker Tour 2013 Melbourne tournament kick-off with a wide variety of events ranging from AU$50 buy-ins to the AU$3,000 APPT Main Event.

The tournament is expecting a large turnout, as poker players from all over the region with differing skill levels are invited to compete for APPT silverware. The extensive event schedule means there is no shortage of opportunities for players to come away from the Crown Poker Rooms without a title or at the minimum a seat in either the APPT Main Event or the Aussie Millions. The AU$3,000 Main Event is obviously the biggest attraction but with the Aussie Millions satellites, 7-game mixed event, Omaha turbo and the APPT Main Event satellites all on offer record crowds are expected attend this years tournament.

Full details visit APPT online or alternatively stay turned to FTR for all the latest news and results.

ACOP Platinum Series less than a month away 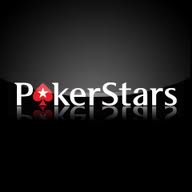 In less than a month the second of the Asia Championships of Poker ‘Platinum Series’ tournaments will kick-off at PokerStars LIVE at the City of Dreams Casino, Macau.

The series features the HK$5,500 Main Event with a guaranteed HK$500,000 with the top 10 players from each event being entered into the ACOP Platinum Series Play-offs which will take place online at PokerStars on 29 September for a chance at claiming a HK$100,000 ACOP Main Event seat.

For more infromation on the ACOP and the Platinum Series Visit ACOP PokerStars or stay tuned to FTR for all the latest news and results.