An Easy Guide to Exploiting Your Opponents 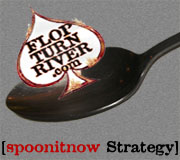 Over the past few weeks, we have looked at exploiting our opponents in flop situations. Our focus has been on looking at our ranges on a conceptual level, but now we’re going to look more at the process of exploitation. The goal with this week’s article is to give you a virtual blueprint on how you can use the ideas that we have been discussing to quickly decide on how you would like to exploit a specific opponent.

To start off, we’re going to focus on three types of opponent behavior that are easy to identify and exploit. We want to find situations where our opponent folds a lot, calls a lot, or bluffs a lot. If you can pick out a handful of general situations that fall into one of these three categories, then you can pick apart most opponents who are not hyper-aware of what’s going on.

Reads do not have to be made difficult or hyper-specific to be effective. What we’re looking for are general pieces of information about how our opponents play that we can leverage in big ways. We don’t need extremely detailed notes about how opponents played a certain hand to the river. All we need is a solid understanding of how an opponent plays in general in a type of a situation. A super-specific description of how an opponent played a certain hand is borderline useless if it doesn’t give us actionable information about how to exploit him.

Step 2: Using Reads to Decide on a Strategy

When you get a read like the ones we’re talking about here, you need to think of what range-based adjustment you have to make to take advantage of that specific way that your opponent plays. You should have some situations in mind where you want weak or strong ranges based on the reads that you have gathered. The placement of these ranges determines your strategy.

Step 3: Acting on Reads With Your Strategic Adjustments

The strategy that you have decided on in the previous step has to be put into action. The way to do that is to decide on which specific adjustments you want to make to your play to create the changes that you decided on in the second step. If you want a stronger range in some situation that comes up, decide exactly what you’re going to do to build the strength of that range. Are you going to bluff more leading up to that spot to take bad hands out of your range? Are you going to check with stronger hands more often leading up to that spot? Now is the time to decide on the specifics.

Breaking Down the Process

Let’s break down this process in a bit of detail so that you can start exploiting your opponents more often in your games.

Remember our three types of opponent behavior that we’re focusing on here: folds a lot, calls a lot or bluffs a lot. Start out by identifying one of these types of behavior in an opponent. You can study regulars in your game away from the tables and add basic notes in either your poker database software or the poker client that you use that give a brief description of the read that you have. Once you get used to the process, you’ll be able to make common adjustments quickly while playing without having to walk through things step-by-step.

Once you have your read in hand, you’re going to want to figure out what an appropriate range-based adjustment looks like based on the read. We’ve talked about several different examples of this over the past few weeks, but the basic idea is that you want to either make one of your ranges stronger or weaker as an adjustment. An example of a range-based adjustment would be something like “have a weak continuation betting range.”

With just a few pieces of information, you have several important indicators on how you should play pre-flop, on the flop and on the turn against this opponent. A pretty strong, exploitative strategy falls in your lap just by following these principles once you have a few basic reads.

Discuss in the Forum

Have any questions or comments about this article? Discuss this in our forum: https://www.flopturnriver.com/pokerforum/beginners-circle/%5bspoonitnow-strategy%5d-easy-guide-exploiting-your-opponents-195051.html