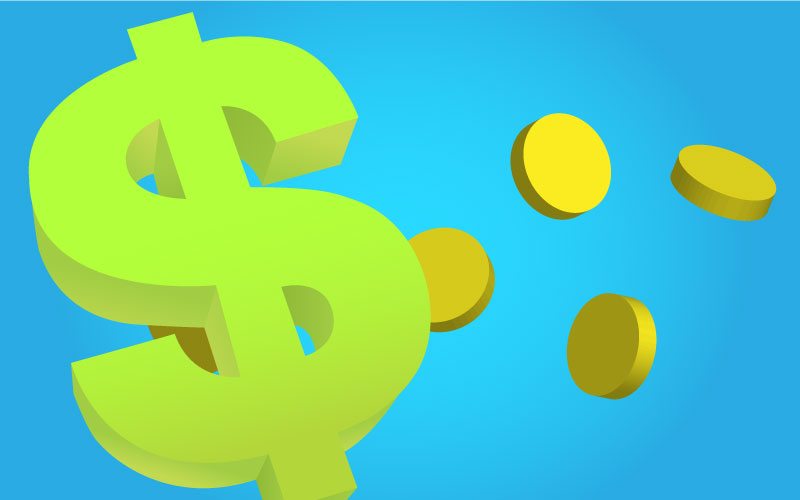 One seemingly simple concept in No-Limit Texas Hold’em which tends to get a large amount of discussion is continuation betting. For those unfamiliar with the term a continuation bet (c-bet) is a bet by the pre-flop raiser on the flop. The term refers to this aggressive player before the flop continuing their aggression after the flop. While most players understand to bet their strong (as well as vulnerable) hands most are unsure about what to do when they have missed the flop and are bluffing. The question(s) for most becomes what board textures to continuation bet, bet sizing, and against what type of opponents should we c-bet against.

Board Textures to Continuation Bet

To keep things simple the best boards to continuation bet are ones in which our opponent’s pre-flop calling range typically misses. Most calling ranges including a lot of small/medium pocket pairs as well as suited connector hands ranging from 45s to JTs. While some of these hands could potentially be a part of our opponent’s three-betting range, they are mainly hands players will just call with before the flop.

Taking this one step further we can start to build some board textures in which it is difficult for these hands to continue on when facing aggression. Against the smaller pocket pairs and low connected hands, boards which appear quite disconnected and contain a high card are great to continuation bet. For example:

This board is ripe for the picking and probably a perfect example of a dry board texture. There are zero straight or flush draws present and opponents holding a hand like Pocket Fives will have to be worried about the King and Eight on board as well as the possibility of their opponent holding a higher pocket pair. Let’s look at a slightly more connected board:

There are still zero flush draws present but a few connected hands do have straight draws here. JTs has an opened ended straight draw while hands such as 67s, 78s, 68s, T8s, and J9s all have gut-shot draws. This board is still one which is perfectly acceptable to continuation bet as again most of our opponent’s range will not be able to call a bet. The smaller pairs will be concerned about the appearance of high cards and all of the connected hands have just four outs to improve. Let’s see how the appearance of a flush draw changes things:

The only difference in this board and the previous one is there will be a few more hands our opponents might have which will continue. Still, hands such as smaller pocket pairs and the connectors with gut shots will not be able to call which will lead to profitable situations. Other boards which are fine to continuation bet are ones which contain a pair on the board:

This type of board misses all type of pre-flop hands and is also difficult for small pocket pairs to continue on because they will have to worry not only about being behind but also about being counterfeited if another seven were to roll off on the turn or river. Remember, we are looking for boards where our opponent’s continuing range is a small percentage of their pre-flop calling range. With that in mind, let’s view some spots where we should NOT continuation bet.

These boards are the opposite of what we were looking for to continuation bet; instead of being disconnected they are quite connected and will present a lot of draws. For example:

On this board look at all of the pre-flop hands which hit, pocket fives, sixes, and sevens have all made set. Pocket fours and eights have open-ended straight draws, and hands like 45s, 78s, 79s, 56s, 67s, etc… all have either made two pair or have a pair and a straight draw with them. This board is a poor one to be as the only hands we might get to fold are pocket two and threes and those hands will give up on a later street as well.

Other boards which should be avoided are ones with low pairs on them, for example:

This board will not scare a small pocket pair in the least. While it has missed for most suited connectors, those hands will still be willing to fold on later streets. Players will not fold pocket pairs here and most will call with hands like Ace-high. With the added flush draw this is just not a board where we would expect to win the pot often with a bet. To summarize, the best boards to continuation bet bluff are ones which are disconnected and contain a high card. Those which should be avoided are low flops which are quite connected.

Choosing the correct bet size when continuation betting can earn players extra money. When ever we are bluffing we want to use the smallest bet size which will not significantly alter our opponent’s continuing range. In laymen’s terms, we want to pick the smallest bet size that makes our opponents fold. This can take some experimentation and board textures as well as specific opponents will matter, but in general the smallest we should go is approximately half of the pot. A much better and typical size is two-thirds the size of the pot.

Basic math tells us that if we bet 2/3rd the pot our bluff will need to work only 40% of the time in order to break even. This is significant as we can still make money even if our bluff fails to work half the time! A lot of players fail to understand simple mathematic concepts such as this one in poker which cost them a lot of money in the long run. We do not always have to have the best hand or our bluff does not have to work 100% of the time to be successful. Poker is a long-term game and should be treated as such.

Bet-sizing can change on different board textures. The more disconnected the texture the smaller the sizing needed to get our opponent to fold. On the Kc 8h 2s board our opponent will fold the same range for a half-pot bet that he/she will for a three-quarter pot-sized bet. The half-pot bet only has to work 25% of the time while the three-quarter pot-size bet must work more than 42% of the time. This is a significant difference and must be treated as one; do not bet more than is necessary in these spots or you are costing yourself tremendous amounts of money over the long run.

On boards which are iffy to continuation bet we should err on the side of a bigger bet which will fold out more of our opponent’s range than a smaller one. Boards like the Jc Jd 7h are good examples of ones where a half-pot bet might entice hands like Pocket Sixes to continue but a larger bet will make them think twice before calling. This bet-sizing will also serve to better protect against draws when we are actually betting a strong hand. This is an important concept, as we should try to keep our sizing consistent whether or not we have a bluff or the nuts.

The types of players we should be applying the above fundamentals of continuation bet to are those who actually how visual contact with their fold button. Trying to bluff fish and calling stations is a recipe for disaster and should be avoided. At first you might not know a player is a station, but after a few hands it should be quite obvious who is capable of folding and who is not. Be sure to check all the hands which went to showdown and to take notes on your opponent’s plays even in pots you were not involved in. Taking the time and effort to note which players tend to call PF but give up on a lot of flops and those who never seem to fold can save/earn you a lot of money.

For the most part players with normal looking PokerTracker statistics are ones who will fold to a lot of flop bets. These tighter players understand how vulnerable their weaker hands are on these boards and will give up with out much resistance. These TAGs are typically just set-mining before the flop, looking to make trips or giving up completely afterward. Against this type of player we want to be raising them a lot PF and then continuation betting the vast majority of boards as they will only hit a set once in every 8 flops. This means 7 of 8 times we can win 3-4 Big Blinds while the other time we might have a strong hand win/lose a big pot or a weak hand and easily fold to a flop raise.

Against looser players we are best served just value-betting when we do flop a strong hand and shutting down otherwise. One exception is Ace-high boards which do tend to scare fish into folding more often than King or Queen high boards. Problem here is a lot of fish will limp/call bad Aces before the flop but remember, our bluff only needs to work approximately 40% of the time so even if they call us half the time we are making money. The best way to beat these players is to continue raising their limps before the flop and being patience afterward if we fail to connect. Do not rush; they will pay you off before your session is over.

There you have it, a basic guide to continuation betting. Remember to pick a dry high-card board texture, use a bet-size around 2/3rd the size of the pot, and stay away from bluffing the fish and you should be picking up a bunch of small pots in no time!