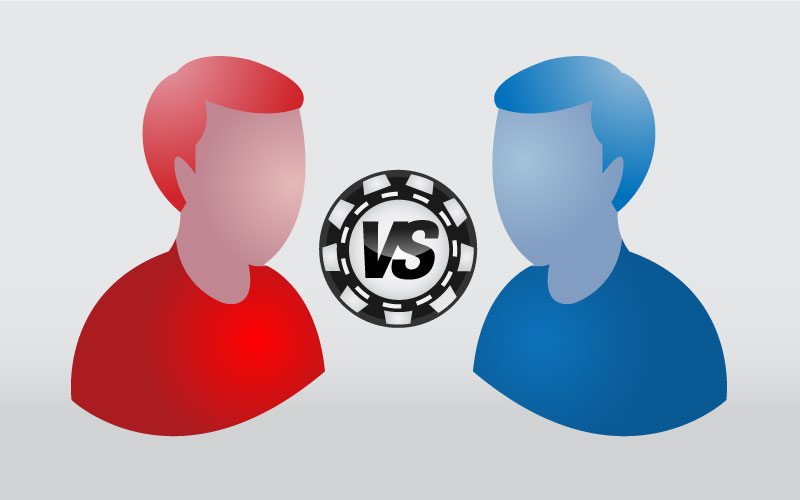 After about 2 months of playing 90% HU, I have become really confident in my game and feel like I have knowledge to share about it. Initially, I wanted to write a strategy guide but my thoughts are just so scrambled Idk that I could organize it. My thoughts will be in bullet points. Before I start I’d like you to know that this is really a intermediate and beginner guide. Once you start facing better players (very few at 400nl, but a good amount at 600nl and 1knl), this advice may become faulty.

1. The most important thing in HU is focus. If you have any sort of tilt tendencies you really need to get those under control, or you’ll be spewing off loads of cash. Adjusting is a premium. You need to get your opponents tendencies down… and the way you get that is focus. I really don’t like putting emotions and mind state before skill (The reason is that I feel like it becomes more of an excuse than a fix), but the fact that I do should make you realize how important it is.

2. Adjusting. If you don’t know how to adjust than don’t play HU, because adjusting is what separates mediocre players from good ones.
-Things to look for and examples of how to adjust: The most basic things you need to look for when you’re playing HU are your opponents three-betting frequency, how often he is calling three-bets, and how much he is opening from the BU. A lot of HU players call 75% of your three-bets, which is a gigantic leak. The only adjustment you need to make for that is just to only three-bet good hands. If someone isn’t calling a lot of your three-bets, what you need to do is:

-polarize your three-betting range. Polarize means that your range consists of very weak hands and very strong hands, and not much in between. So three-bet hands such as low suited-connectors(sc’s), low pocket-pairs (pp’s), and of course our big hands.

– flat call your mediocre hands to a raise. Hands such as KJ, KT, QJ, AT, 88, 77 play great against his raising range but really poorly in a three-bet pot with someone who is playing tight.

There are many other things you need to look for. Does someone always raise when he has top pair or better and doesn’t raise when he doesn’t? Does he raise draws? Does he bluff? Is he tilting? Is he giving off bet sizing tells? There are many more but you can figure them out for yourselves.

3. Early on tight is right. In fact, you can be a complete nit and make a lot of money. A lot of people will play against tight players and just start tilting because they can’t make any money off of them quickly. Playing tight also helps you get a feel for the player before you have the chance to make a mistake because you don’t have a read.

4. Heads-Up Displays (HUDs) are pretty worthless HU, they are probably more of a distraction than an aid.

7. Just because you have top pair, top kicker (tptk) or a weak two pair it doesn’t mean you can’t fold.

8. If you’re having trouble against an opponent, even if he is worse than you, leave. It’s not worth staying. You’re likely to tilt and make some bad calls. There’s no sense in staying when you’re getting pwned, there are plenty of games out there to play.

9. On the flop when you have hands with sd value when you are the PFR, like bottom pair, A high, and sometimes K high, it’s often better to check and see a turn. logic is that the only thing a bet does is stop them from drawing 3 to 6 outs, which isnt nearly strong enough to warrant a bet. Hands like top pair, weak kicker (tpwk) where you’re playing a decent player is also a check some of the time on boards like K33. Reasoning again is we’re only betting to stop someone from drawing to possibly 3 outs, and the rest of his range you can only get one to two streets of value with anyways.

10. Versus less than 30bb stacks, preflop has to change a lot. This isn’t proven but has shown success with me. Raise strong hands with high cards in them, but limp medium cards and some weaker hands. Reasoning is 20bb deep we dont need to build a pot so raising weak holding hurts us more than helps. position is also less relevant.

12. When facing a super lagtard, don’t start “playing back” at him. Instead of trying to out aggress him, use counter-play. Start value betting lighter and extending your calling range. Just because someone is a maniac doesn’t mean you have to play every pot with him…. if you do you’re playing in his game. We call them maniac because their strategy does not work. Just stay in your game and when you think you have the best hand call and when you think he’s going to call with worse bet.

13. When facing nitty players, end your bluffs on one street. Most of the time nits will never fold when they call the flop barring no scare cards.

14. Versus a lot of players its often correct to open 60% of your hands from the BU. If a player defends his blinds heavily the number obviously is going to go down, a lot.

15. If you’re looking to widen your flop raising range because of a nitty opponent, make sure its not complete air. Hands like Jd9d on a Td7c4s board is a great raising candidate. If villain calls we can hit our gut shot, turn a diamond draw or hit an overcard to possibly win.

16. If someone is calling a lot of your three-bets but then folding his air on the flop, three-bet a shitload.

19. K, Q, and J high flops are great to float. Note many opponents aren’t playing hands like Q7-Q2, but play hands like 87 very easily (Note also that most opponents play any ace no matter what).

20. Beating huge nits is tough. I recommend you don’t sit in a game with one, but if you are determined this is what you have to do. Pretty much its all about early street aggression. Raise 100% of hands from the BU is one thing. 2nd is, if opponent is calling less than 25% of your three-bets, you should three-bet very frequently, but not every time so they adjust. Three-bet your Ax’s, as it plays well against his calling range, as well as low connectors and sc’s. Really, it’s all about making sure your finger doesn’t stay on the trigger, because they win when you make a really big bluff against them and they call you with the two pair that they played like they really wanted to fold it.

21. Practice good game selection. If a table isn’t good leave, it’s that simple. If there aren’t any good tables don’t play, it’s just not worth your time or frustration. This is easy for me since I’m a student and have so much free time, for those who don’t I suggest you find a time where the games are normally good and make a habit of playing at those times (Hint: night time in the U.S. is the worst).

22. Play up to three different opponents MAXIMUM. You’re winrate should go down a ton if you do more than that, and that’s coming from a guy who thinks 12 tabling 6 max is boring.

23. Mostly everyone you play will float OOP. Most people don’t fold a high to a continuation bet (cbet). Look for times when an overcard comes on the river and opponent comes out firing (obviously it does not make any sense unless opponent is really thin value-betting, or hit the overcard, or has better than one pair).

24. In general, bets that were typed out are value bets. Bets that aren’t are more likely draws or bluffs. Even if this isn’t the case, most bad HU players vary the types of numbers they use for value bets and bluffs (I.E. 60 is a bluff but 57 is a value bet)

26. Don’t ever fold without making an attempt to guess your opponents hand range.

27. If you get your opponent to play his range passively, you win.

28. On the same note its better to balance your ranges using aggressive play rather than passive play…