Tennis superstar Rafael “Rafa” Nadal was in Paris last week, about to begin competing at the prestigious 15-day French Open at Stade Roland Garros. But before the French Open got underway, Rafa got warmed up by playing at a special poker tournament hosted by PokerStars.

Nadal, who has been a member of Team PokerStars since June 2012, squared off against 200 of his fans at a Zoom tournament played on PokerStars’ mobile client. The event venue was a tennis court, at which all participants were physically present. This allowed Nadal to hang out with his fans while playing in an interesting and fast-paced poker tournament.

The format of the tournament certainly seemed like a well-designed combination of live and online poker. Since it was a Zoom tournament, all players switched tables after each hand, allowing Rafa to play hands against many more opponents than would otherwise have been possible. Being at the same location, all entrants could interact with each other and with the tennis legend in a way that they could not have done in a typical online event. As Rafa explained, “Very good fun to play with all of these people. It’s very funny when you can play; at the end, you see the faces of the others.” 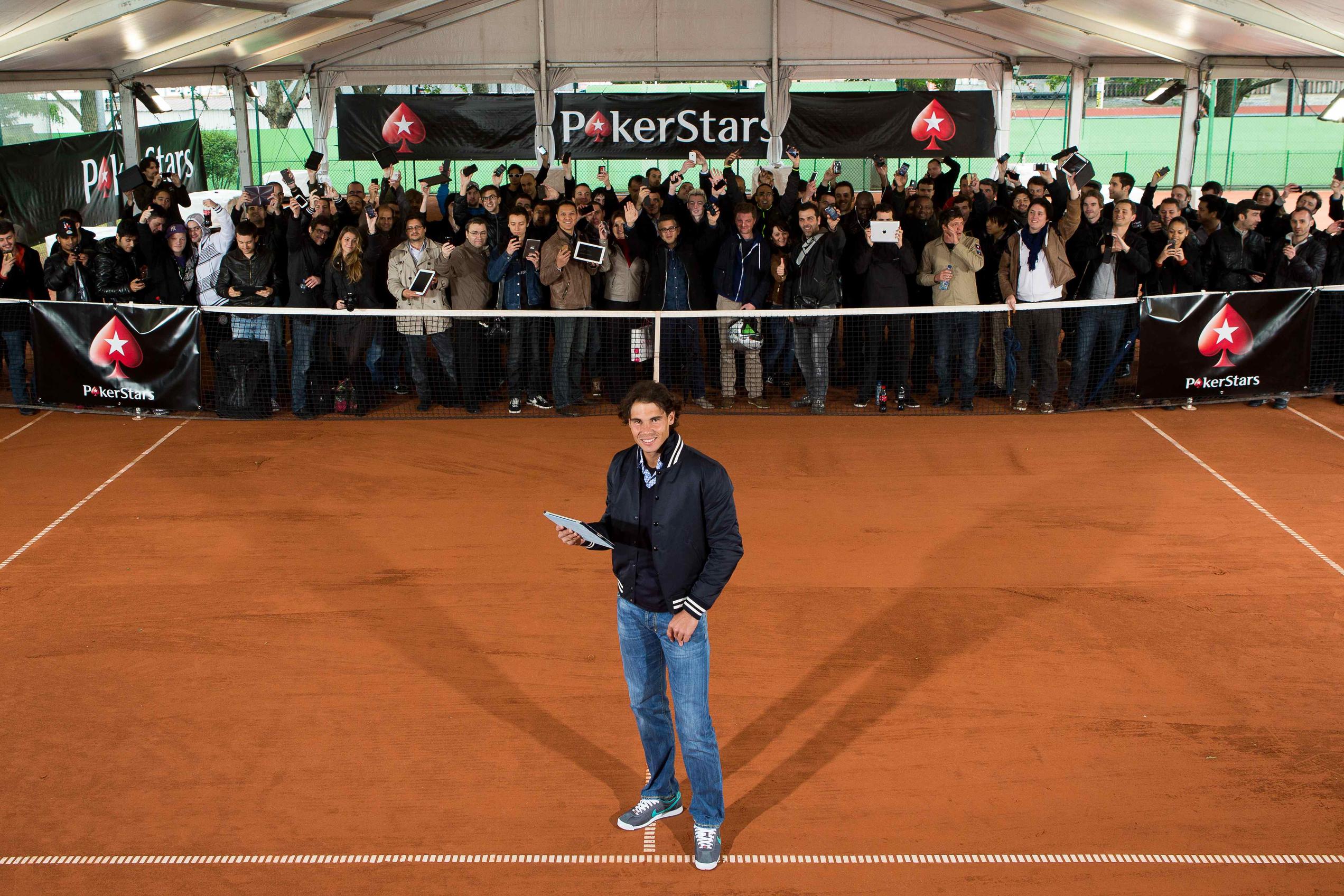 Nadal has been dominating the tennis scene for a decade, having been ranked first or second in the world for eight straight years. It was only while recuperating from an injury last year that the 26-year-old Spaniard began to play poker. His poker coach Alfonso Cardalda commented, “Rafa’s competitive nature means that he needs new challenges and wants to learn new skills, all the time.” Rafa himself seemed to be in agreement with Cardalda, stating, “It’s no secret that I love the competition, and that’s what I like about the game of poker. It’s a game of skill that requires mental strength and the ability to out think your opponents and in that way it is very similar to tennis.”

PokerStars has made a video about the tournament, which you can watch below:

Unfortunately for Nadal, he was eliminated with about half of the field remaining, when his KQ failed to hold up against his opponent’s J6 in an all-in situation. The top 20 players received a PokerStars chip set signed by Rafa. The eventual winner of the tournament, Christoph “Kinkin.a.60” Bonaglio, quipped, “I could have tried to play tennis with Rafa, but I think that I had better stick to poker. At least I stand a chance.”

If participating in the 200-player poker tournament was meant to fire up Nadal’s competitive spirit in preparation for the French Open, it seems to be working so far. Rafa has defeated his opponents in the first two rounds and heads into the third round where he faces Fabio Fognini. To read more about this talented tennis player and his exploits at the poker table, take a look at this page about him on PokerStars’ website.