It has been announced that Team PokerStars SportStars is growing by a whole Brazilian Football(Soccer for you Americans) Superstar! Ronaldo is considered by fans to be one of the greatest footballers of all time, so much so he’s known to his supporters as “The Phenomenon!” He is part of an exclusive 3 player group to have won the FIFA Player of the Year on 3 separate occasions, and was leading scorer in 3 different World Cups.

Ronaldo retired from football in February 2011 after he admitted that his body had finally surrendered to the long list of injuries he had acquired over his career. 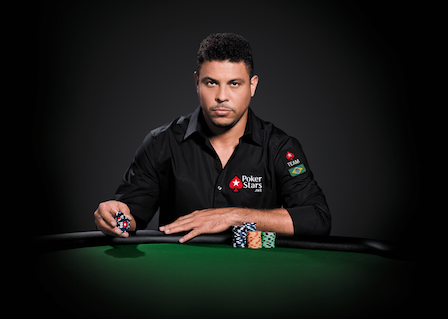 If you want to see if you can find “The Phenomenon” online, you can join him on PokerStars. All you need to do is download the software, and if you do it through FTR, you also get access to our exclusive Money Added tournaments.