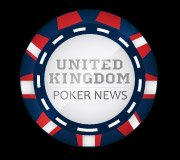 Sunday sees the final table, but you do also still have time to satellite in, as the Southend Genting Casino is running a £30 + £3 rebuy satellite on Wednesday.

With the UKIPT only finishing today, the number of top flight pros making the trip to Southend may be lower than usual, increasing the relative value of most people’s buy ins.

GUKPT Goliath Starts to Warm Up in Coventry

The Main Event starts on Tuesday, and there are four Day 1s, and the four day event culminates on the Bank Holiday Monday on the 26th of August.

The Festival of Poker that has been taking place in Galway, Ireland, and centred around the UKIPT Main Event has come to an end.

Today saw the final table, with Alan Gold beating out the other 7 members of the final table in under four hours. The whirlwind final table saw Gold finish off his last opponent with a neat hand involving a couple of connecting cards in the hole.

Gold’s opponent, Paul Febers, opened the action with a bet to 160k, and Gold called out of position.

The flop fell with Q

showing, and saw Gold check in flow, allowing Febers to raise another 160k. What Paul wasn’t expecting was the check raise from Gold to 450k. Febers went into the tank, and when he finally emerged, he made the call.

The turn saw the Q

on the felt, and saw Gold make a large 775K bet. Again Febers went into the tank before making the call.

This pot was getting massive, and the K

on the river brought the “All in” from Gold, and the little rubber triangle of death sailed from the dealer’s tray and landed in front of Gold.

Febers was faced with an obviously agonising call, and went into the tank for even longer than he had on the previous two streets. He must have finally decided that the aggressive and unorthodox Gold was on the make, and called the bet, showing his pocket Nines.

Unfortunately for him, Gold wasn’t light, and flipped over Q

to win the tournament.

The Full Tilt Sponsored Galway UKIPT has been a success, but with the main event having an overlay, and other events not meeting the caps expected, it wasn’t the outstanding success expected by it’s organisers.

This is the first UKIPT not to meet expectations, but it wasn’t that far off, and I expect the next event in London, which is tied to the EPT, to return to the usual successful pattern.