More often than not, poker is game of fun, glitz, and glamour, even when one is losing—and let’s face it: for most of us, that is a frequent occurrence. Despite the obvious highs and lows involved with gabling, one can never take it too seriously; it is, after all, not a life or death pursuit. With that being said, sometimes it’s easy to miss some serious problems underneath the heavy lights of the Las Vegas casinos. Sometimes, the stars we look up and idolize have serious problems—they are, after all, human beings, just like the rest of us. While Part 2 of this editorial will focus on some humorous—and slightly tongue-in-check—illnesses, Part 1 focuses on 7 poker players who suffered from real-life issues that affected more than just their play on the table. 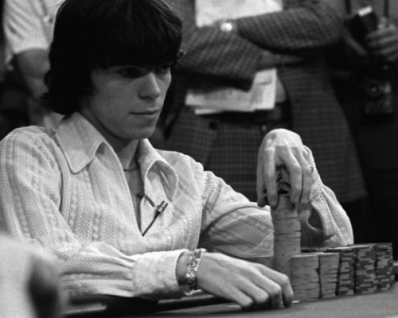 Stu Ungar, aka “The Kid,” is widely regarded as one of the greatest card players of all time, but despite winning an estimated $30 million in his lifetime, he died penniless in a cheap Las Vegas motel room at the age of 45.

The card-playing savant and three-time WSOP Main Event champion began using cocaine following the death of his mother in 1979. Although he claims to have originally started using it in order to stay energized during long periods of card play, eventually it turned into a full-blown addiction.

During the 1990 WSOP Main Event, Ungar entered the third day of play with a monumental chip lead. However, when play began Ungar was nowhere to be found. He was eventually discovered on the floor of his hotel room suffering from a drug overdose. Ungar was blinded out and still managed to finish in 9th place. Although several of Ungar’s friends, including fellow poker player and WPT announcer Mike Sexton, urged himto enter drug rehab, Ungar refused, citing that “drugs were easier to obtain in rehab than on the street.”

Ungar was dubbed “The Comeback Kid” following his victory in the 1997 Main Event as a result of the time span—16 years—between Main Event titles. Ungar wore a pair of small sunglasses during the tournament to hide the damage done to his nostrils from repeated cocaine abuse. Ungar would eventually squander all of the winnings on drugs and sports betting.

In 1998 he refused to show up to defend his title. At this point, Ungar was smoking crack, as he could no longer even snort cocaine due to his damaged nose. On Friday, November 20, 1998, Stu Ungar checked into a cheap motel in the Las Vegas. Two days later, he was found dead in his room. A month before his death, Stu called his addiction “a sickness. I guarantee you it’s taken 10, 15 years off my life.” 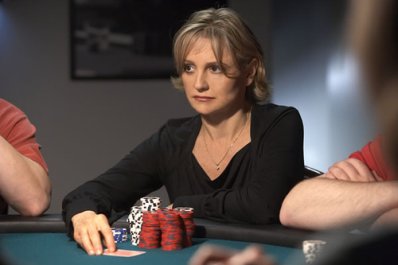 The story of two-time WSOP bracelet winner Jennifer Harman is one of perseverance, strength, and survival. As a child, Harman, who currently sits 6th among women in all-time tournaments winnings, and her sister were diagnosed with the same kidney disease that had caused the death of her mother when Jennifer was 17. Only a year later, her own kidney failed, forcing her to get a kidney transplant. In 2004, another kidney failure caused her to another transplant and forced her to spend nearly a year away from the poker table.

Rather than let her disease get the best of her, Harman plowed on.

“When your mother passes away of kidney failure, and your kidney fails a year later, it makes you appreciate what you have.”

Since then, Harman has landed several six-figure cashes and became a fixture at some of the biggest cash games in the world, a rarity for a woman until only recently. As one of the most recognizable faces of the poker boom, she helped pave the way for future female poker stars like Vanessa Selbst.

Today, Harman split her time between playing poker and running the Creating Organ Donation Awareness (CODA), a non-profit organization of which she is the founder. She is also an active fundraiser for the Nevada Society for the Prevention of Cruelty to Animals (NSPCA) and the mother of twin boys. 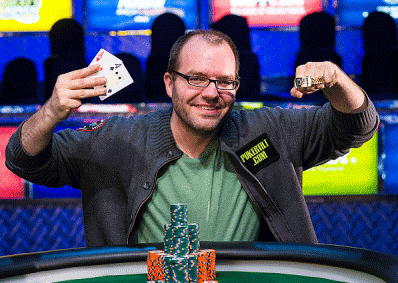 Few people in the poker world have experienced such incredible high and lows as Dutch Boyd, on OR off the table. Approximately 5.7 million adults in the United States, or 2.6% of the total population, suffer from bipolar disorder, a mental illness characterized by bouts of extreme depression and, other times, mania, where an individual feels happy, energetic, or irritable. One such person to suffer from the disease is three-time WSOP bracelet winner Russell Aaron Boyd, commonly known in the poker world as Dutch Boyd.

Boyd rose to attention during Christ Moneymaker’s incredible run to the 2003 WSOP Main Event title (Boyd finished 12th). However, he is now best known for a string of controversies. In 2001, Boyd served as president and co-founder of PokerSpot, an online poker client that eventually folded while still owing $400,000 to players. Despite making many promises to “make good on all pending cashouts,” most players were never paid back. This event led to Boyd being ostracized from the poker community, and was one of the leading reasons—coupled with excessive drug use—that Boyd’s symptoms got worse.

The next decade saw Boyd involved in a series of increasingly more bizarre incidents (seriously, go check the forums), and he went in and out of treatment facilities numerous times. Although he claims that he hasn’t “had an issue with bipolar for six-years now,” he sometimes feels “frightened it will come back and sometimes I think it’s creeping up on me… I feel it coming on every now and then and know if I don’t get some sleep, remove myself from stimulation or if I let myself stay up for another 24 hours—I am going to end up in another mental hospital.” 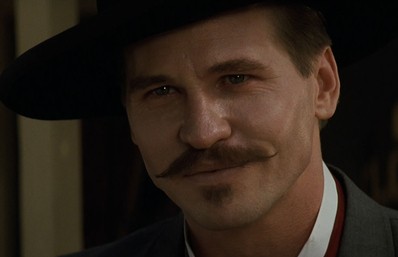 Although this is going back a ways (try around 125 years), I’d be remiss if I didn’t include one of the most famous card players of all time, John Henry “Doc” Holliday.

The famous Wild West gambler and gunfighter best known for his friendship with Wyatt Earp and his participation in the infamous “Gunfight at the O.K. Corral” has been immortalized in several movies and television series, most notably by Val Klimer in Tombstone. At the age of 22, Holliday was diagnosed with Tuberculosis, the same disease that killed his mother when he was only 15. Although he was only given a few months to live, Holliday moved down to the warmer climate of the American Southwest (Holliday was born and raised in Georgia) and enjoyed a colorful life as a gambler, opting to stop practicing dentistry in favor of cards because it was a more profitable source of income.

Holliday died near Glenwood Springs, Colorado at the age of 36. Lying bootless in a bed at the Hotel Glenwood, his last words were “Damn, this is funny.” As a renowned drinker, gambler, and gunfighter, no one expected Holliday to die in bed with his boots off.

According to Wyatt Earp, “Doc was… the most skillful gambler and the nerviest, speediest, deadliest man with a six-gun that I ever knew.” 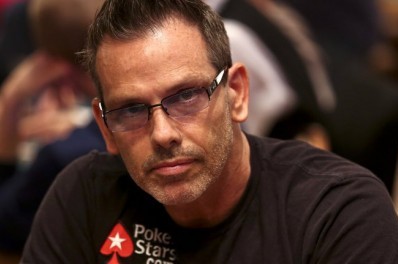 Poker players, actor, and color commentator Chad Brown won over $3.6 million from live tournaments and cashed 38 times at the WSOP, including 9 final table finished. Although he never won a WSOP bracelet in open competition, Brown finished in second place three times and third place three times. In 2006, Brown was Bluff Magazine’s Card Player of the Year and famously remarked, “Winning player of the year is like an actor winning an Oscar.”

In February 2011, Brown was diagnosed with a rare form of cancer called liposarcoma. Shortly before his death on July 2 2014, the World Series of Poker warded him with an honorary bracelet for his achievements and contributions to poker. Brown died in New York at the age of 52.